In what could be a world-first, one of the biggest names in aviation has revealed perhaps the world’s least likely top secret project. 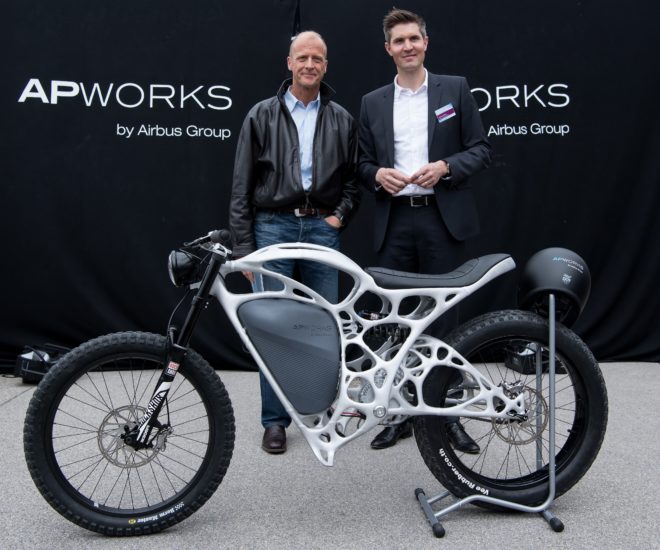 In what could be a world-first, one of the biggest names in aviation has revealed perhaps the world’s least likely top secret project: a fully operational 3-D printed motorcycle. Aviation giant Airbus’ boss Tom Enders went for a spin Friday last (May 20) on the group’s latest innovation.

Why in the world is this an Airbus project and will we be seeing a full production line? Well, for now no one really knows. Here are a few facts that we do know about. The e-motorbike (yes it is fully electric) weighs just 35 kilograms (77 pounds), 30 percent lighter than other electric motorcycles, said Airbus subsidiary APWorks in a statement.

Dubbed “Light Rider”, the bike, which has a 6 kiloWatt engine, has a hollow-looking frame that helped bring down its weight. Joachim Zettler, chief executive of APWorks, said 3D printing had made it possible to produce the special frame.

“The complex and branched hollow structure couldn’t have been produced using conventional production technologies such as milling or welding,” he said.

Airbus is trying to apply the same principle on aircraft. The group plans to present a 3-D printed twin-engined aircraft prototype at the Berlin Air Show in June. This story was written in-house, based on a source article from the AFP and images from the same.