From Michelin-starred eateries to the best places for stargazing, here’s a selection of some of the hottest addresses in Cannes, 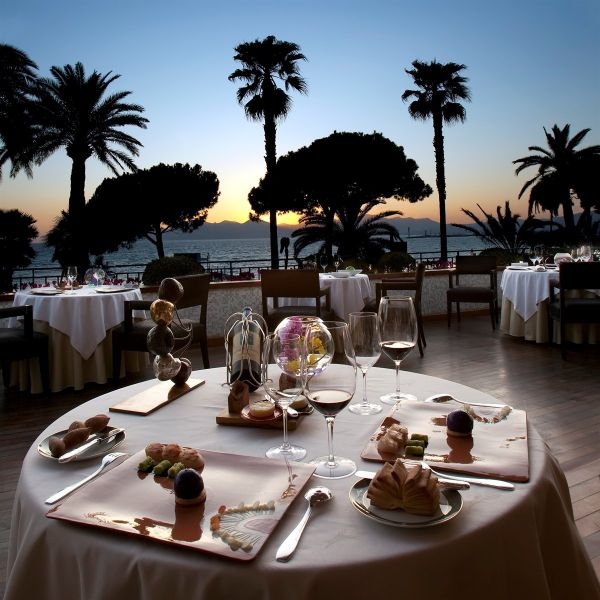 When the glitterati descend on Cannes for, perhaps, the most glamorous film festival on earth, the city’s restaurants will also be kicking into high gear as they prepare to feed the world’s biggest stars.

With 316 brasseries, wine bars, and fine dining restaurants dotted throughout the city, visitors can choose between eateries that serve a global mix of fare from fresh sea urchin to sushi, African antelope to Australian ostrich and traditionally French Béarnaise sauces to harissa.

From Michelin-starred eateries to the best places for stargazing, here’s a selection of some of the hottest addresses in Cannes, film festival and otherwise:

This contemporary French restaurant makes an appearance on nearly every restaurant guide list for boasting two Michelin stars and a 17/20 rating in the GaultMillau guide. Menu items include dishes like grilled red mullet seasoned with coral, garlic and lime for €52, and lobster thermidor served with potatoes, morel mushrooms steamed in ‘vin jaune,’ for €96.
http://www.hotel-martinez.com/en/cannes-dining/palme-or.aspx

Described as a traditional Mediterranean restaurant with contemporary influences, this one Michelin-starred eatery a few doors down from La Palme d’Or has become another favorite among locals and celebrities alike. The menus change every three weeks and are inspired by local, seasonal ingredients. Multi-course fixed menu range from €50€ to €110. A sample fish dish includes white bream roasted on the skin with asparagus, ricotta gnocchi and Serrano ham juices.
http://www.grand-hotel-cannes.com/uk/restaurant-le-park-45-et-bar-le-cercle.php

Selected by the Michelin guide for its good value eats, Le Restaurant Arménien is the only restaurant of its kind in Cannes. Dishes are spiked with traditional Armenian spices like cumin, paprika, peppers, garlic, onions, mint and parsley. A three-course meal is €47.
http://www.lerestaurantarmenien.com

Tetou enjoys a reputation as one of the most famous seafood restaurants along the Côte d’Azur not only for its legendary bouillabaisse but for attracting a bevy of celebrities. Last year, the restaurant became ground zero for the paparazzi when Hollywood A-list couple Angelina Jolie and Brad Pitt paid a visit during the film festival. Other celebrity sightings: Francis Ford Coppola, Tilda Swinton, Diane Kruger and Mick Jagger.