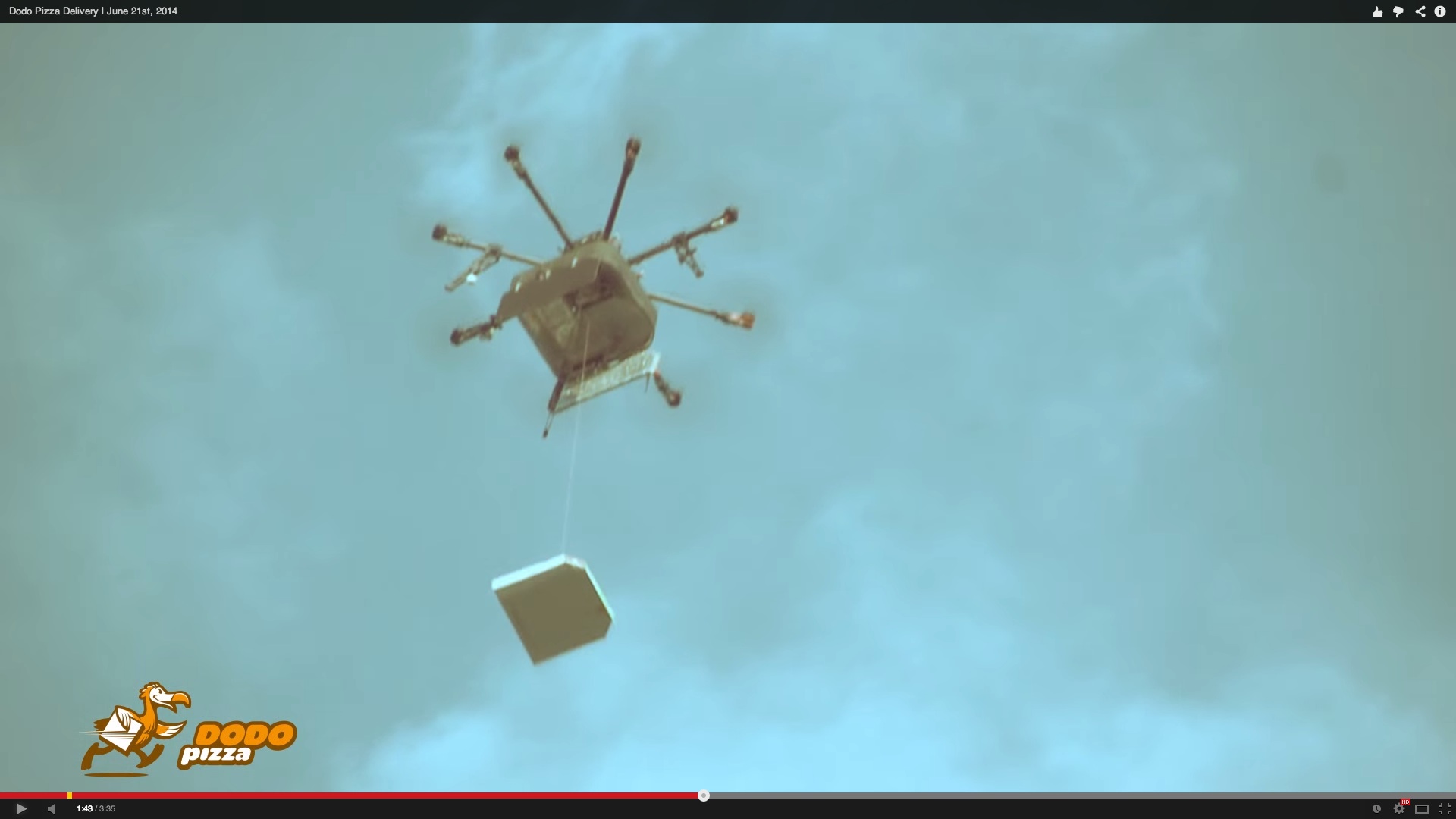 Dodo Pizza in the northern Russian city of Syktyvkar posted a video online over the weekend showing the first airdrops of pizzas to customers and promised the service was not just a one-time PR stunt.

“We already sold six pizzas in one and a half hours using a drone, it is a real business model,” manager Ilya Farafonov told AFP.

“You should see the faces of people when their pizza arrives from the sky, it’s like magic,” he added.

In the video, a pizza agent in an orange vest dispatched to a local park is shown taking orders from a gaggle of hungry students. Moments later, a tiny copter hones into view and lowers a pizza to the customers on a piece of extending rope.

The fast food chain hopes to expand delivery by drone to 18 other Russian cities, flying pizzas to beaches and university campuses.

The only snag in the new delivery method is that the destination and route of each drone flight has to be carefully planned and preapproved by authorities.