Princess Cruises’ was joined by six members of “The Love Boat” cast during the christening ceremony for its latest newbuild Regal Princess on 5 November. 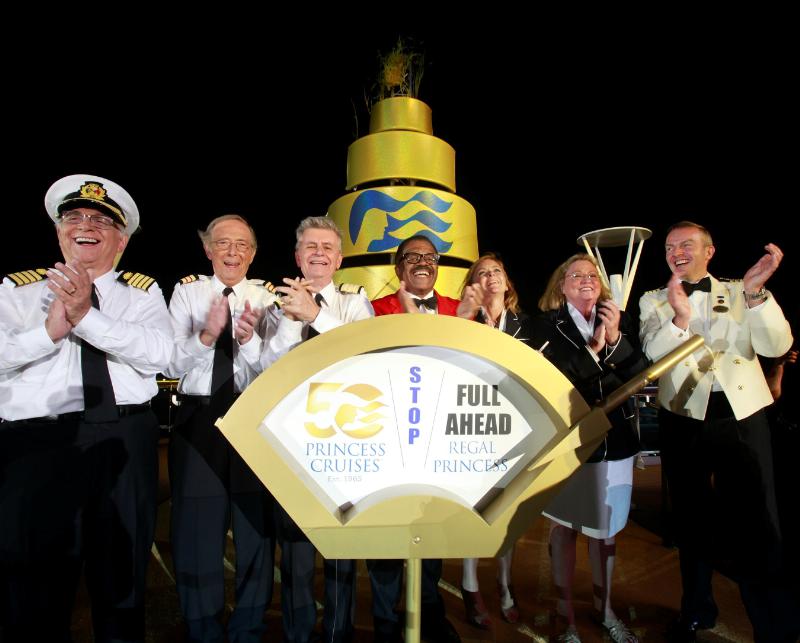 The cast of “The Love Boat,” the TV series that popularized the notion of cruising in the 1980s, reunited in Florida Wednesday to help fete PRINCESS CRUISES’ 50th anniversary along with a roster of some of the show’s most popular guest stars and a sea of champagne.

Other celebrities in attendance included Florence Henderson — who served as Master of Ceremonies — Loni Anderson, and Charo.

The hour-long TV series — which featured plots of romantic escapades and misadventures aboard a luxury liner — was filmed aboard the Sun Princess, Pacific Princess and Island Princess ships.

The show aired from 1977 to 1986 and was one of the highest-rated and longest-running shows on TV. It was also a boon for the cruise industry, romanticizing the notion of cruising.

“The Love Boat” cast members have been tapped to serve as godparents to the “The Regal Princess, which can accommodate 3,560 guests.

Special features include a SeaWalk designed to take guests over water; the largest pastry shop at sea; and a top-deck, glass-bottomed walkway that extends 28 feet (9 meters) beyond the edge of the ship.