The all-new seventh generation Chevrolet Corvette will make its debut at the 2013 Detroit Auto Show on Jan 13th. 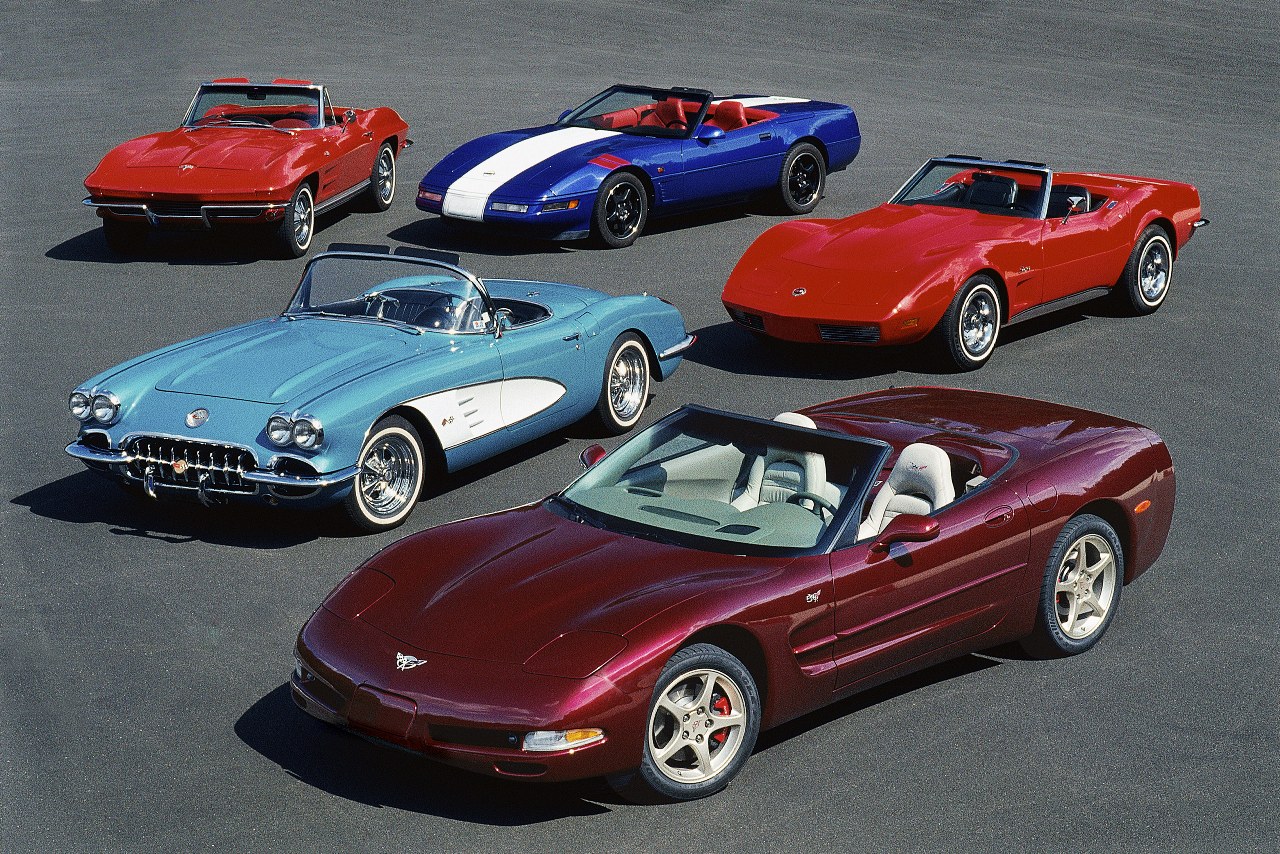 The Chevrolet Corvette is as American as a cheeseburger with fries or fireworks on the Fourth of July.

A motoring icon and for many the only true US sportscar that can be mentioned in the same breath as the raging bulls of Lamborghini or prancing horses of Ferrari, it’s hard to believe that the two-seater V8 turns 60 years old in 2013. Referred to as the solid axle model, the first 300 Corvettes were actually hand-built and finished in Polo white and by 1955 could be specified with a 4.34-litre, or 265 cubic-inch V8 engine. The year the Corvette got its first facelift, 1957, also saw the introduction of fuel-injected 283 cubic inch (4.6-litre) engine that was one of the first mass-produced motors capable of delivering 1bhp per cubic inch. More commonly known as the StingRay, the second-generation Corvette was the first to come as a coupe or convertible and to feature pop-up headlamps, a detail that would endure on future Corvettes right up until 2005. Moving away from stingrays but keeping with fins, the third-generation ‘Vette, launched in 1968 was inspired by the Mako Shark and stayed in production right up until 1982. It was the first model to feature a T-bar roof and the first to be badged LT-1 and ZR-1 As well as a return to black, the 1979 model carried over the special pace car seats and the front and rear spoilers that had featured on the 1978 anniversary model.

However, thanks to changes in road safety laws, it had lost its front and rear chrome bumpers. The first complete redesign of the car in nearly 20 years, the 1984, fourth-generation Corvette featured all aluminium suspension and a one-piece targa hard top. By 1985 it came with a fuel-injected 230bhp engine and a digital dashboard as standard. By 1990 the car featured a ZF six-speed manual gearbox as standard and could be specified with twin turbochargers that could deliver up to 450bhp. 2005 saw the launch of the sixth-generation, or C6 Corvette which was a completely new car. It came with a new 6-litre engine that could produce 400bhp and tweaks to its suspension geometry, and weight distribution were designed to make it more appealing to European drivers who wanted power and handling in the corners as well straight-line speed. The 2009 GT1 Championship edition was designed to celebrate the success of Corvette C6.R Racing over the years.

As well as chrome wheels and a leather interior, the car could be specified with the 7-litre 505hp engine also offered in the Z06 model. The 505-hp (337 kW) 2013 Corvette 427 Convertible is the fastest, most-capable convertible in Corvette’s history, and is available in all colors, including the white-over-blue 60th Anniversary package that commemorates Corvette’s debut in January 1953.