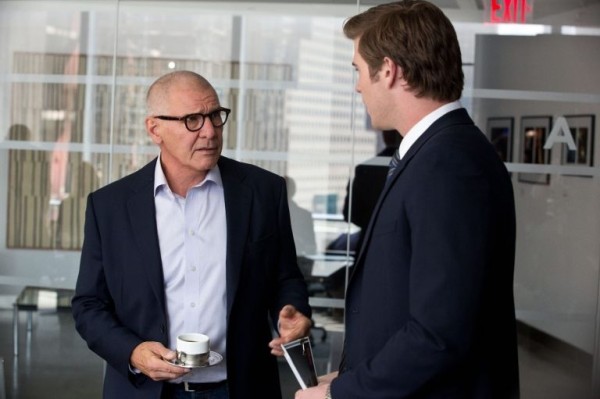 The Italian designer has designed costumes for the upcoming Hollywood thriller, and also shows off his interior design skills.

Back in 1980 Giorgio Armani first burst into American movie and fashion culture with his slick outfits for Richard Gere in Paul Schrader’s hit film “American Gigolo.”

The Italian designer created suits for the characters, including his old friend Ford and also helped dress the set with interior design elements from his Armani Casa line. “Collaborating with David Brisbin on his vision for this movie provided me with the opportunity to showcase Armani Casa on film in a way that is absolutely believable and appropriate to the story.”

“Paranoia” hits movie theaters in the US on August 8.