The Aureus Coin Celebrating The Death of Julius Caesar Sells For $3.5M

The death of Roman Emperor Julius Caesar continues to pay dividends as Roma Numismatics goes to auction with the “aureus” coin for more than five times its pre-sale estimates of $625,000. 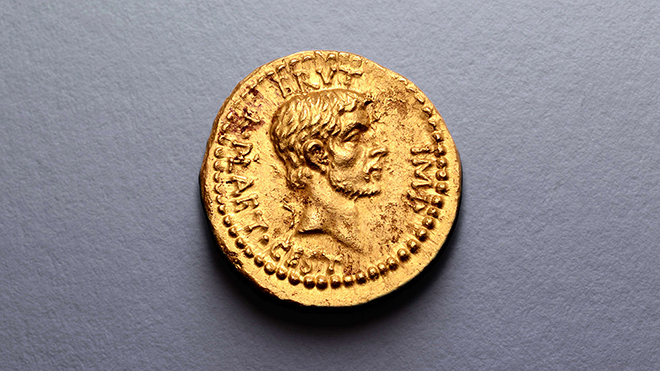 The UK’s premier auction house for ancient coins, which is renowned for hosting world class auctions of modern coinage, utilizes an extensive network of consultants and associates to effectively and thoroughly catalogue and describe coinage of all periods and regions including Celtic, medieval and Islamic coinages. Reporting a $3.5 million bid last Thursday, in an auction for the ancient Roman coin which commemorates the death of general and statesman, Julius Caesar, Roma Numismatics noted that the sale was more than five times this coin’s pre-sale estimates of $625,000.

The Aureus Coin Celebrating The Death of Julius Caesar Sells For $3.5M 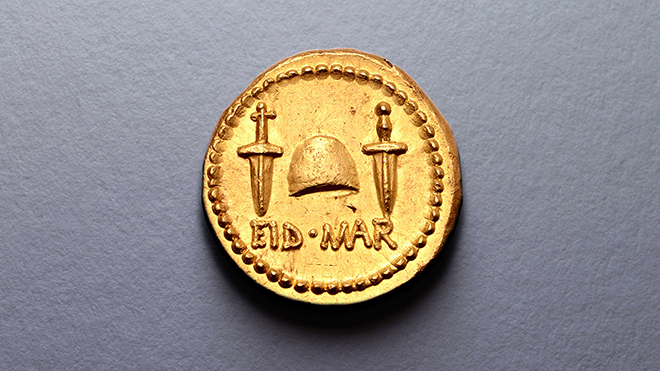 Regarded a “naked and shameless celebration” of the murder of Caesar, the general was killed by a group of his closest friends and confidants in 44 BC, partly because they feared he would name himself king. Featuring a portrait of Marcus Junius Brutus, one of the assassination’s ringleaders, alongside the daggers that he and Cassius used to kill the general, the cap of liberty which was awarded to slaves upon their freedom in Ancient Rome, and the words ‘Eid Mar’ which pose a direct reference to the day of the slaying – this coin was issued by Brutus two years after Caesar’s assassination and is one of three in known existence. Dubbed the “aureus” coin by experts and collectors, this piece of gold which represents a symbol of victory and betrayal, was sold in near-mint condition, with only a few surface marks.