Donatella is not a fan of Lifetime’s ‘House of Versace’

A film about Donatella Versace’s personal and professional struggles following the 1997 murder of her brother Gianni Versace will premiere on the Lifetime television network this Saturday. 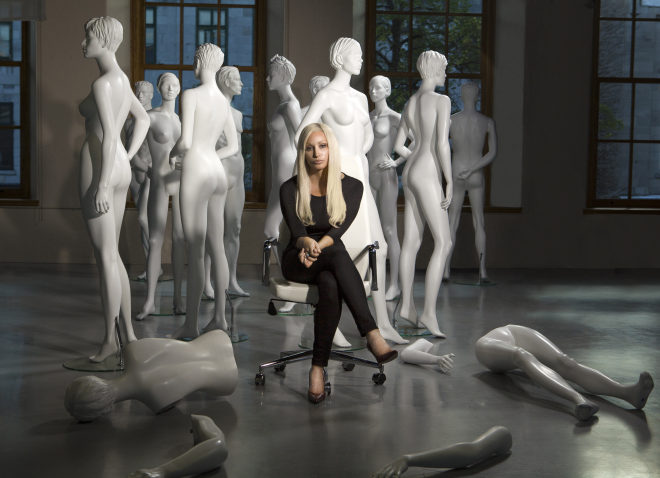 Set to debut at 10pm ET this Saturday, “House of Versace” already looks to become a camp cult classic with its mix of dramatic dialogue and over-the-top costumes.

Gina Gershon stars as Donatella Versace, alongside Raquel Welch, in a story exploring the struggles of the Italian fashion house in the years surrounding Gianni Versace‘s 1997 murder.

Still, the TV movie, which is based on Deborah Ball’s 2010 book “House of Versace: The Untold Story of Genius, Murder and Survival,” hasn’t received a particularly warm welcome from the designer:

“Versace has neither authorized nor had any involvement whatsoever in the forthcoming TV movie about Mrs. Versace,” the brand told WWD. “Since Versace did not authorize the book on which it is based, the movie should only be seen as a work of fiction,” the company added.

The US channel is following up the premiere of the film with a screening of “Versace: Beyond the Headlines,” an hour-long documentary exploring the origins of Gianni Versace and the birth of one of the biggest fashion brands in the world.