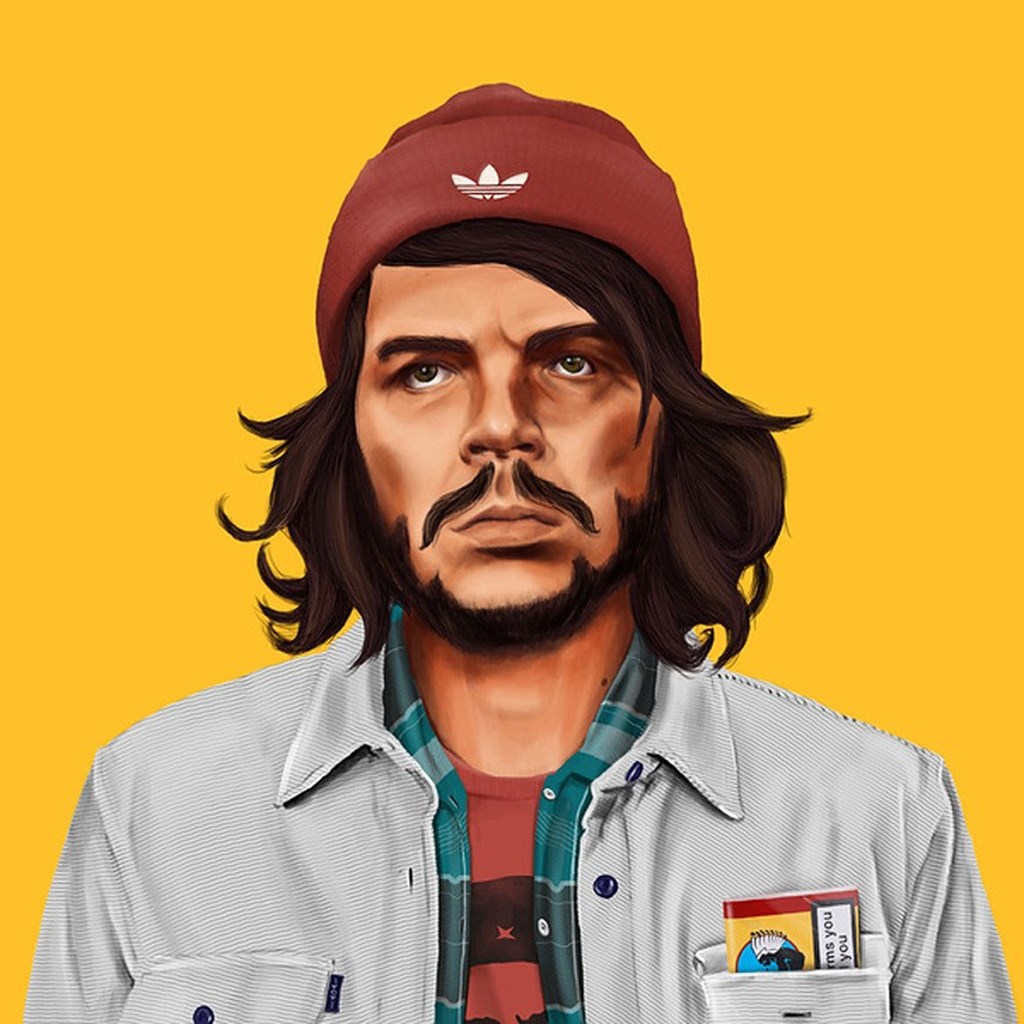 Wonder how famous world leaders in history would look like if they were modern-day hipsters? In a hilarious illustration series, israeli designer and illustrator Amit Shimoni depicts famous world leaders with the outfits and hairstyles of today’s youth. His colourful paintings feature cuban revolution leader Che Guevera wearing a beanie, ex-American President John F Kennedy with a nose ring, Ghandi in a hippie tie-dye t-shirt and even Chairman Mao in a printed snap-back.

‘I often find myself thinking about the differences between these world’s greatest leaders, their beliefs and motivations, and our self-centered generation’ explains the young Jaffa-based artist. ‘the ‘Y’ generation is constantly looking at fashion and style as their way of self expression while steering away from the big ideologies. ‘hipstory’ wishes to reimagine the great leaders of modern history and place them in a different time and culture  —  ours.’