Yacht Sourcing has expanded its operations beyond Indonesia by appointing Nicolas Monges as the company’s General Manager in Thailand. 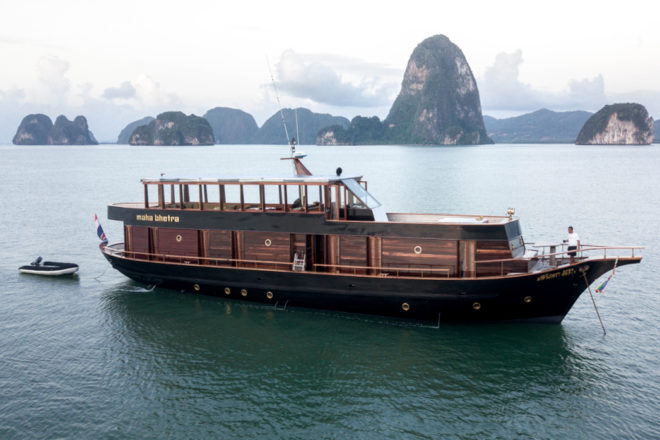 The new company was quick to make its mark, joining the Thai Yachting Business Association (TYBA) – organiser of the inaugural Thailand Charter Week (November 16-21) – and securing the Central Agency charter listings for the 90ft Maha Bhetra and the Azimut 80 Mirage.

Built in 1994, Maha Bhetra is a design by American Ed Tuttle of Aman resorts fame and features three sumptuous double cabins below an open-plan, teak-laden saloon. Mirage, which can reach 31 knots with 1,800hp Man V12s, has an interior design by Salvagni Architetti featuring a large saloon, separate galley and four cabins below, while the large cockpit, foredeck and flybridge all offer outdoor social areas.

Monges, who is also a partner in Yacht Sourcing Thailand, a graduate of France’s prestigious Euromed Marseille Ecole de Management (now Kedge Business School), and has worked in the yachting and property industries since moving to Phuket in 2009.

“Yacht Sourcing is diverse company that’s growing fast and operating in many sectors of the marine industry, including sales, charters and marinas, so it’s a perfect match and a great opportunity for me,” Monges said. “I’m looking forward to growing the company here as I believe there are huge opportunities in Thailand.” 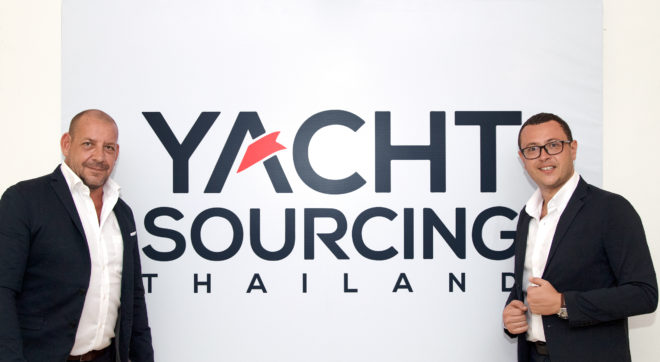 Boum Senous, Yacht Sourcing’s co-founder and Director of Operations, said the company’s move into Thailand was the start of what he hopes will be a gradual expansion across Southeast Asia.

“We’re delighted to welcome Nico to the team as he heads our new operation in Thailand. It’s an exciting time for Yacht Sourcing as we explore new opportunities in Southeast Asia to build on our growth in Indonesia,” said Senous, who founded the company in 2016 with Xavier Fabre, Director of Sales.

“We have a passionate team and a strong management with wide-ranging experience of the industry across many countries in Asia. We’ve grown quickly in Indonesia, which will remain our home, and now want to expand our offerings and expertise to neighbouring countries.”

Yacht Sourcing has offices in Jakarta, Bali and Labuan Bajo, and is the Indonesia dealer for luxury motor yacht brands Ferretti Yachts, Pershing and Riva from Italy’s Ferretti Group, and French catamaran builder Fountaine Pajot, an appointment announced in April.

As well as sales of new and pre-owned yachts, Yacht Sourcing manages new builds and refits in its own shipyard in Sulawesi, while its charter division Voyage by Yacht Sourcing operates in Indonesia and now Thailand. The company also operates Marina Sourcing, a marina consultancy, in partnership with Cedric Le Rest.