Omega commemorates the anniversary of the Apollo XVII mission with a new Speedmaster limited edition. 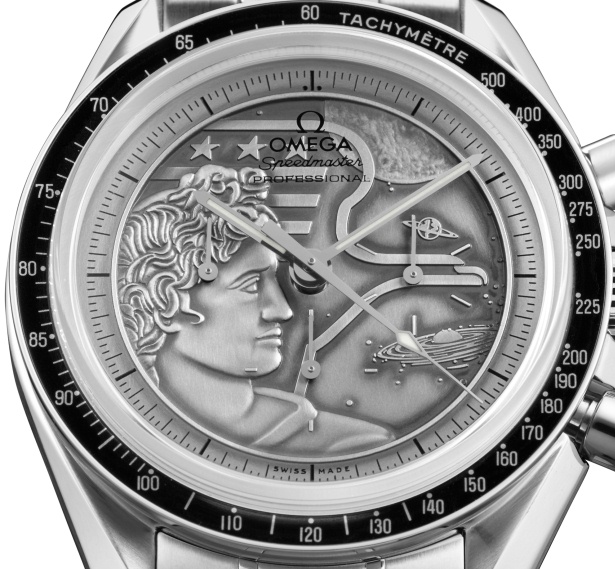 Omega is celebrating the 40th anniversary of astronaut Eugene Cernan’s moon landing (the last of the Apollo program) with the release of the Omega Speedmaster Moonwatch Apollo XVII Anniversary Limited Edition.

The watch features a 925 silver, hand-patina dial embossed with the Apollo XVII patch, an illustration executed to represent Man, the Future, the Recollection of Apollo, and the American flag.

Both the dial and its blackened hands are protected by a scratch-resistant sapphire crystal. The 42-mm case is in stainless steel, with both polished and brushed finishes, and has a black tachymeter scale on thebezel. The case is water-resistant to 50 meters (167 feet) and is attached to a stainless steel bracelet.

The watch is being powered with the same Omega caliber 1861 manually wound chronograph movement that was in the watches that went on the moon.