The MB&F Horological Machine N°6 ‘Space Pirate’ is being built in a limited edition of 50 pieces. Each will retail for approximately $230,000. 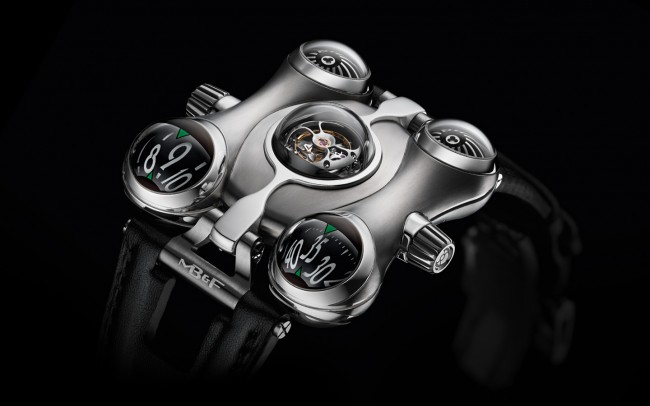 Horological Machine No.6 (HM6) Space Pirate has been designed to operate in the hostile environment of space: the space on your wrist. In each of the four corners of HM6’s biomorphic case is a 360° sphere, capped top and bottom by transparent sapphire crystal domes. The central dome on top houses a 60-second flying tourbillon under a ‘winking’ eye-like retractable cover. The sapphire crystal display portal on the back reveals some of the 475 beautifully hand-finished components making up the highly complex engine.