After an intermittent hiatus, the quintessentially design-driven, post-modernist Swiss conceptualised “UFO” watch brand is back with an all new affordable mechanical range 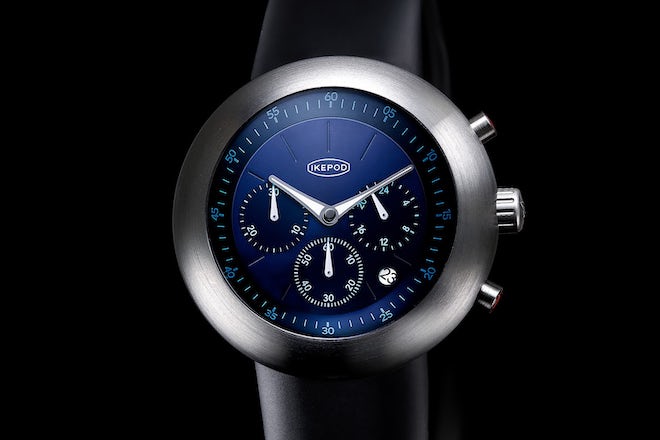 Ikepod revived in 2018 with Chronopod, a 44mm stainless steel chronograph designed by Emmanuel Geit, the designer for the Royal Oak Offshore

Founded in 1994, Ikepod is a Swiss watchmaker founded by Oliver Ike (an entrepreneur) and Marc Newson – an industrial designer who arguably needs no introduction. A portmanteau of Ike’s last name and Newsom’s ultra-minimalist work – 1986’s Pod Watch; the contradiction of creating a highly iconic watch line also means that on occasion, your designs are so attractive esoteric, the brand never really reaches critical commercial mass. Such is the life of an artist – too creative and too unique – you’re ahead of your time – the right combination of basic and adaptive and you’re the freshest thing since slice bread; but we digress.

Ikepod went on hiatus a few times, first in 2003 after the heady 2nd golden age of watchmaking came to a dramatic decline and though Ikepod made better, more interesting pieces under the direction of its new owner, New York art dealer Adam Lidemann. The appeal and catchet from collaborations with artists like Jeff Koons and Kaws also meant that Ikepod watches from that era were some of the most attractive and interesting the company’s history but that exclusivity of design and limited quantities also meant a corresponding exclusivity in price tag. Eventually, Newsom called it quits in 2012, until like a phoenix rising, it was reborn like most “disruptive” watches of our contemporary times – kickstarter. 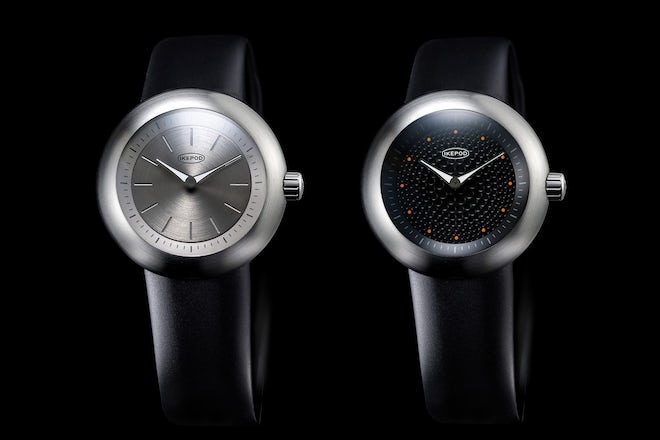 Sans Newsom, Ikepod’s rebirth in 2018 went to the core of the new growing marketplace – a younger audience and hence the focus on design and accessibility. Featuring quartz movements instead of mechanical calibres, Ikepod watches are still Swiss designed but Hong Kong manufactured. With its relaunch, it built up hype and fervour with Duopod, a 42mm stainless steel watch time only watch; and the Chronopod, a 44mm stainless steel chronograph. Designed by Emmanuel Gueit, the man who created the original Royal Oak Offshore back in 1993, he brought back the lugless, UFO (perfect pebble case tapering at the edges) aesthetic inspired by the original Horizon and Hemipode models, featuring signed crowns with the Hemipod bird motif and all new dial designs. Then in 2020, the new owners which includes Christian-Louis Col, former sales director at Lalique and a man with exquisite understanding of the luxury business, saw fit to finally re-introduce mechanical watches into Ikepod. 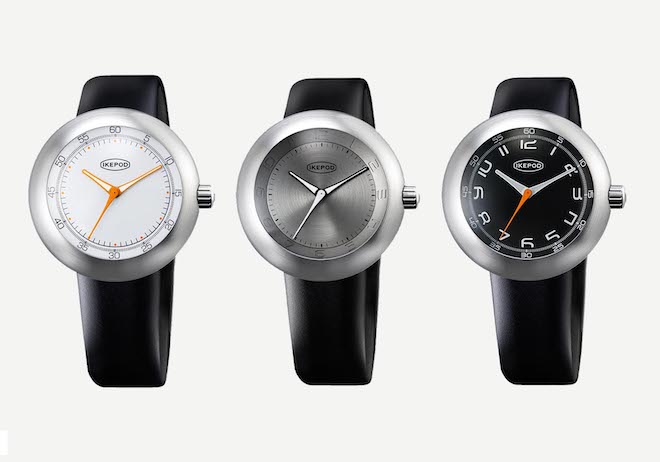 The dials of the new Ikepod Megapod are designed by Alexandre Peraldi, the former design chief of Baume & Mercier. Like Geit, he’s also notable for some larger than life exemplars in watchmaking: Baume & Mercier’s Riviera and Hamptons in the early 2000s as well as the recent Clifton models. 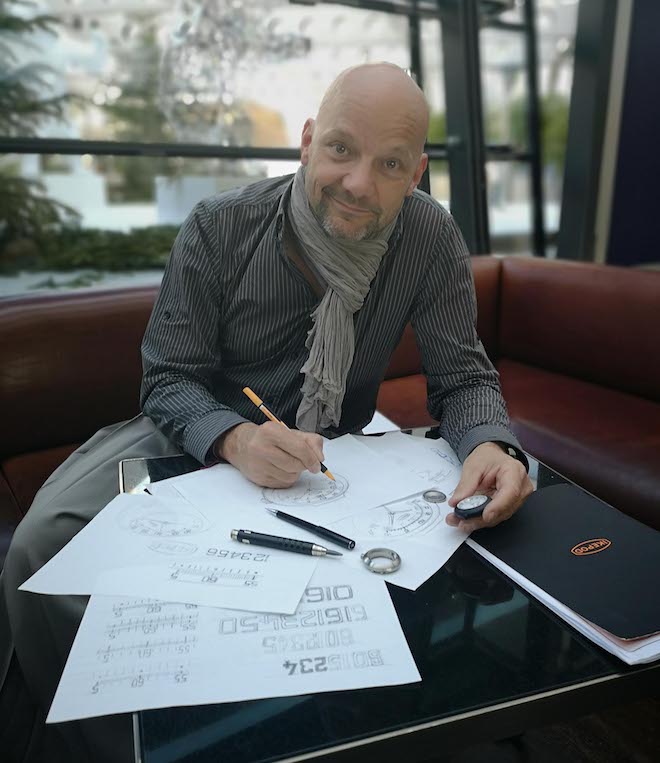 The 46mm Megapod shares the original design ethos of its predecessor but obviously, the affordability comes with certain trade offs – while the look is similar the case construction is not – the original showcases a one-piece architecture while the new Ikepod Megapod automatic has a removable caseback ingeniously hidden because the brushed finish of the case somewhat hides the line where it opens and pressed against your wrist, the new Ikepod Megapod looks like a seamless, contiguous steel case anyway. 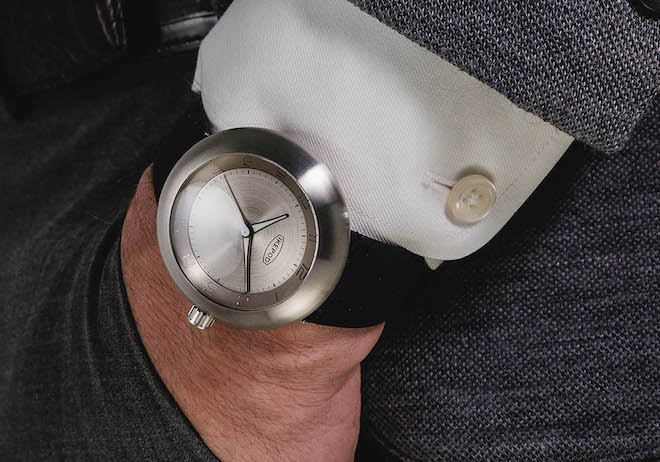 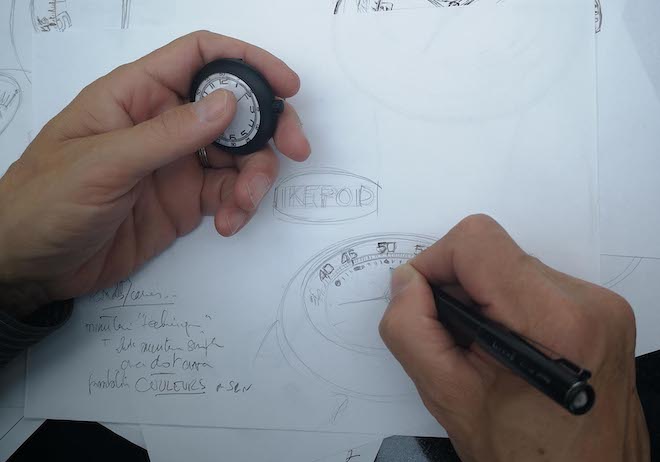 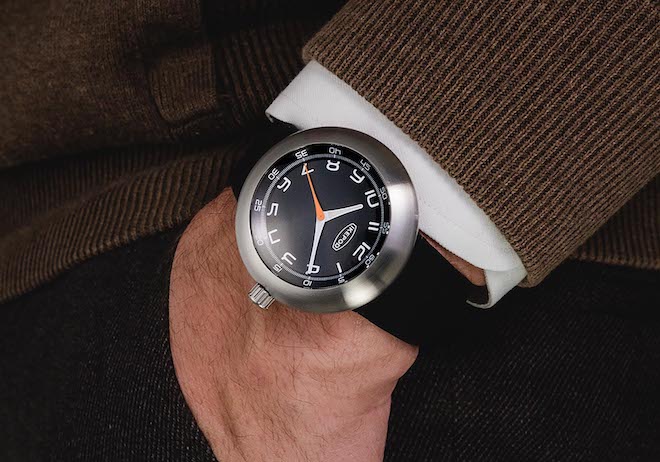 More of a nitpick rather than criticism – the minimalist strap also departs from the Marc Newson original, adopting a more conventional pin and buckle setup instead of the Apple Watch style of “nipple-style” closure but still conveys the look and flavour, if not spirit, of the original predecessor. 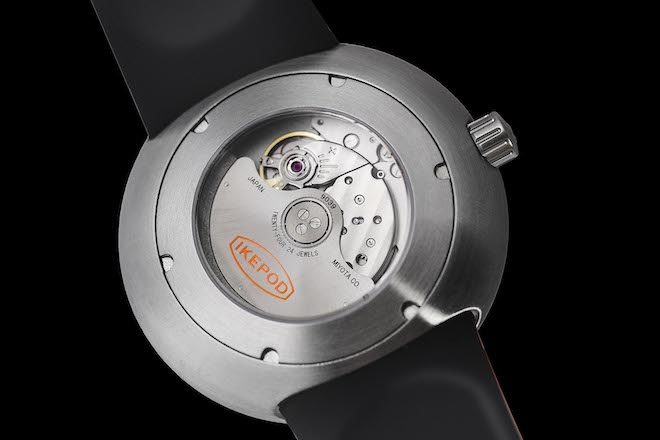 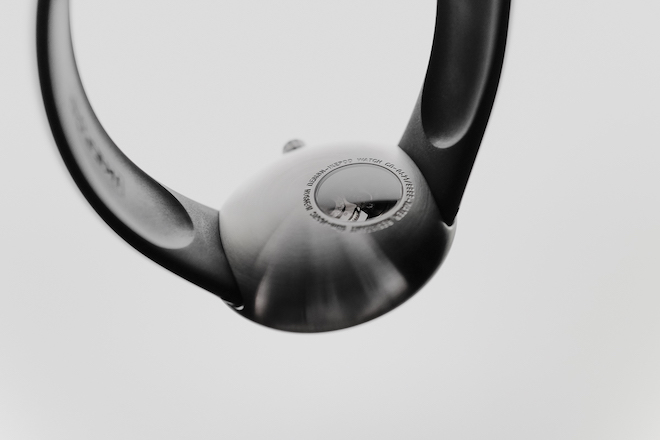 The original Megapode Date with unibody steel case and no caseback

Ikepod also brings back dials which convey the spirit of the original Megapode Date – the new series features three dial flavours: large engraved numerals (M100), a quirky large numeral variant which appears cropped at the minute track (M200) and of course, the M000 which is the most aesthetically referential of the MGD05. One can choose different dial colours and finishing like matte or grained among the more industrial look – brushed decoration.