Edox celebrates its 130th anniversary this year! The company was founded in 1884 by Swiss watchmaker Christian Ruefli-Flury, who trademarked Edox (“hour” in ancient Greek) and produced pocket watches under this brand. Following his death in 1921, Edox turned to producing wrist watches instead. Since then, the brand has weathered industry-wide events such as World […] 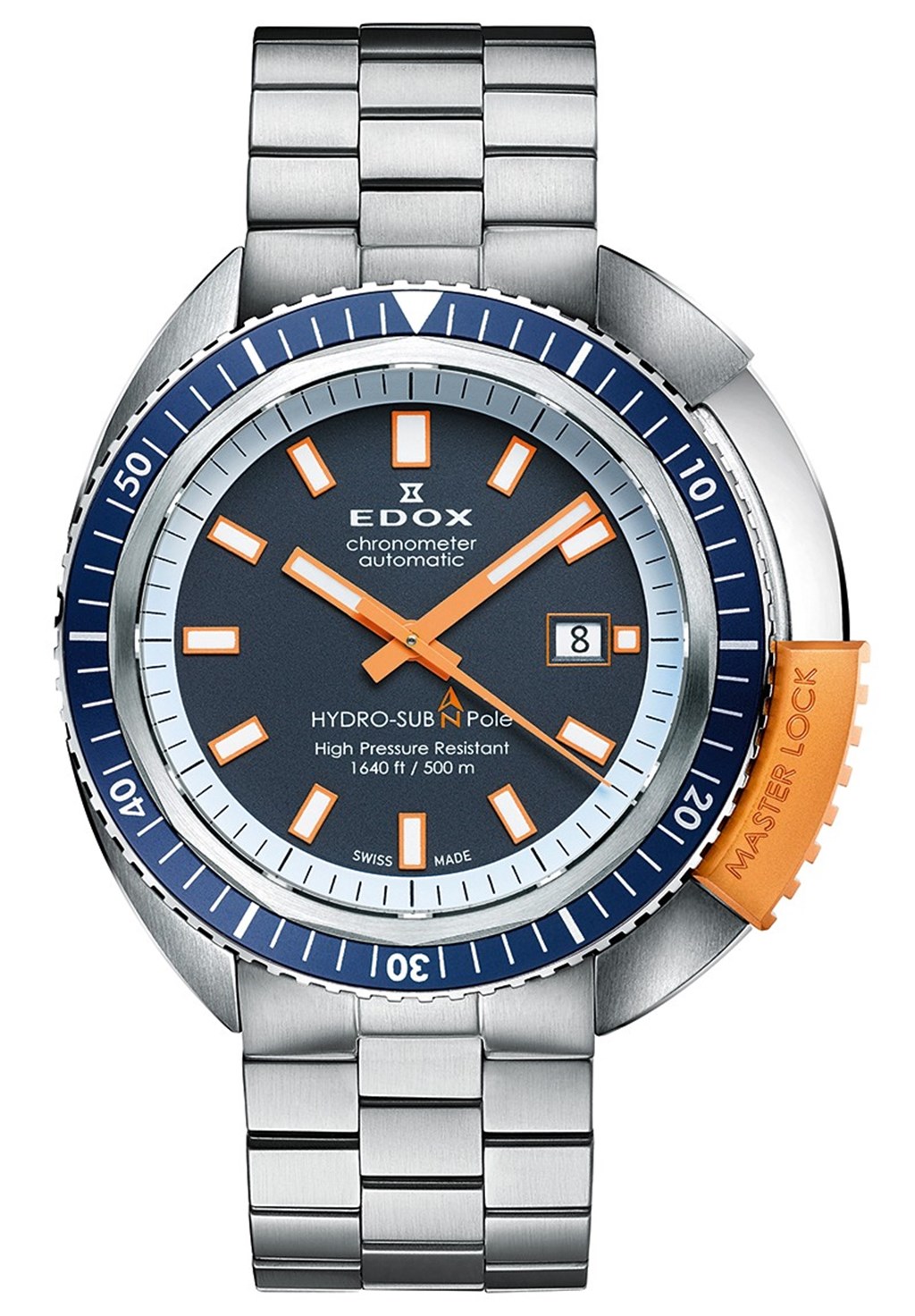 Edox celebrates its 130th anniversary this year! The company was founded in 1884 by Swiss watchmaker Christian Ruefli-Flury, who trademarked Edox (“hour” in ancient Greek) and produced pocket watches under this brand. Following his death in 1921, Edox turned to producing wrist watches instead. Since then, the brand has weathered industry-wide events such as World War II and the Quartz Crisis, yet managed to release several iconic watches along the way. To mark the occasion, Edox has released commemorative editions of the most influential timepieces from its history.

The original Hydro Sub was launched in 1965, and already sported a 50 bar water resistance back then. This year’s North Pole Limited Edition references the original’s purpose as an ultra-tough diver’s watch, and was created in partnership with Edox ambassador Christian Redl. Redl, a renowned Austrian freediver, holds the world record for lowest apnea dive under ice, and will be wearing the North Pole Limited Edition in his attempt to be the first human to freedive under the Arctic polar ice cap.

The North Pole Limited Edition’s most striking feature is probably its moveable crown protector, which will shield the watch’s crown as Redl makes his record attempt in the harsh Arctic conditions. The crown protector’s safety orange extends to the watch’s indexes, hands and case middle, with blue and silver making up the rest of its colour scheme. The 49mm stainless steel case houses a COSC certified Edox 802 chronometer movement, with the only complication being a date function – utilitarian is the name of the game here. This watch is limited to 350 individually numbered pieces worldwide. The Geoscope was first launched in 1970 and, at 42mm, was a rather bold watch for its time. As a worldtimer, it had a colourful planisphere dial which represented the earth as viewed from the South Pole. An inner bezel with 24 divisions made a complete revolution once a day to complete the worldtimer function, which was supplemented by indicators for GMT time and the sun’s position relative to the earth.

The Geoscope has been updated with the Geoscope North Pole Limited Edition, and retains the original’s planisphere dial and inner rotating bezel. However, its dial represents a view from the North Pole this time, in tribute to Redl’s expedition described above. It has also been upsized to 46mm, and is powered by the Edox 07 automatic movement with a module for its GMT functions. Only 300 pieces of this timepiece are available. The Les Bémonts 130th Anniversary is limited to just 130 pieces worldwide, and serves as a memento to celebrate 130 years since the brand’s founding with a specially engraved caseback. Powered by the self-winding Edox Calibre 90, which is based on the ETA 2824, it features a complete calendar and a moon phase complication. The