Georgia May Jagger is the latest face of Mulberry

Mulberry hired Georgia May Jagger as the star of its Spring-Summer 2015 campaign, which is set in the interior of a chic country home. 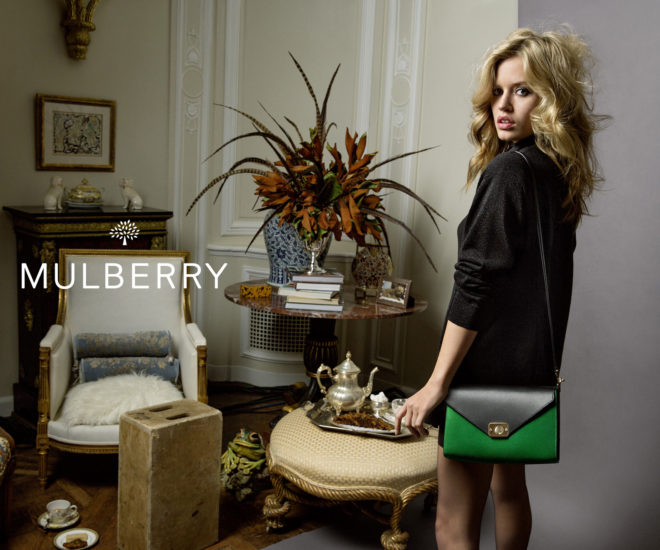 After several campaigns fronted by Cara Delevingne, who even designed her own handbag for Mulberry, the brand has brought in another world-renowned model: Georgia May Jagger.

In the S/S 2015 campaign, the daughter of Mick Jagger poses for Inez & Vinoodh, the duo behind a number of previous Mulberry campaigns.

The focus is primarily on the Delphie, Mini Lily and Bayswater bags, as well as the much-hyped items designed by Cara Delevingne. Despite her rather discreet presence on social networks, Georgia May Jagger is in high demand among fashion and beauty brands.

She was enlisted to model in campaigns for Sonia Rykiel, Just Cavalli, Minelli and Thomas Sabo.