Returning for yet another Lady Dior campaign,Marion Cotillard poses for the latest advertisements from the label captured in Paris at night. 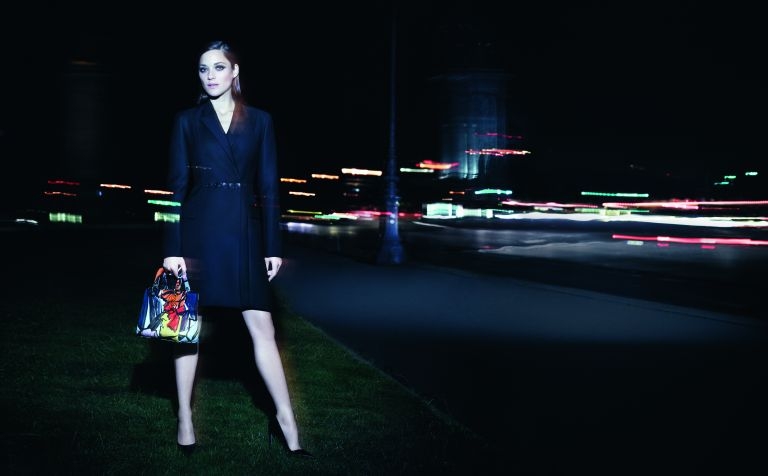 The Oscar-winning French actress has a new campaign out for Lady Dior bags, and it’s a mysterious nighttime treat. Shot in the dark in the very center of Paris, the new Lady Dior film, titled “Electric City,” is accompanied by a series of campaign images which also play around in the City of Light’s phosphorescent night ambiance. The actress has been the face of the line since 2008, and previous campaigns have seen her bouncing around on trampolines and captured in a witty portrait of Hollywood in a film by John Cameron Mitchell.