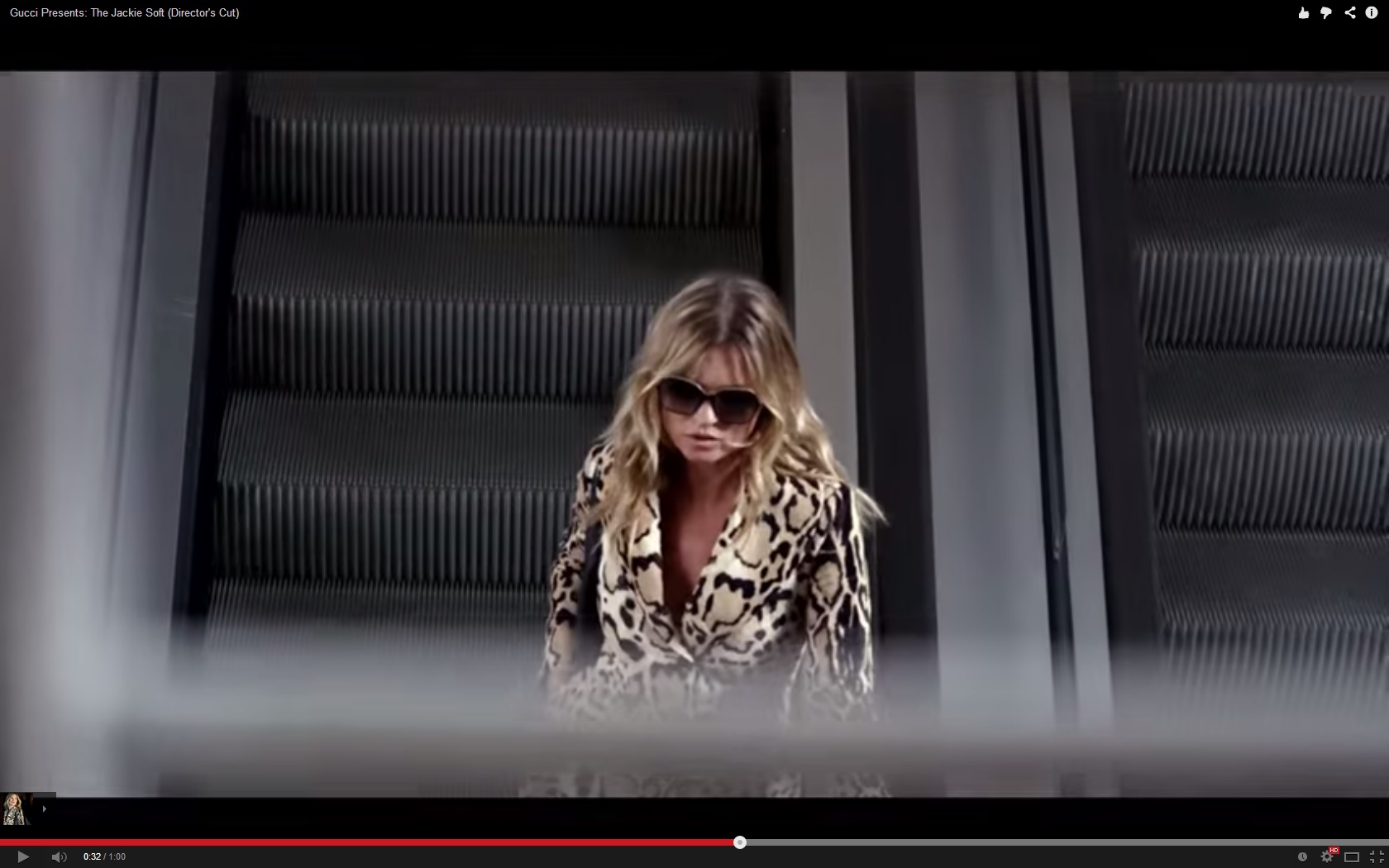 In the clip, Moss arrives in a blacked out sedan, wearing a shaggy fur coat before reappearing in a series of Fall-Winter 2014 outfits.

Kate Moss is protected from the camera flashes by her equally well-dressed companion, played by French hunk Clément Chabernaud.

But as it turns out, the real star here isn’t the model at all: it’s the Jackie Soft, the latest version of Gucci’s classic handbag which appears on the model in a number of colors including caramel, burgundy, black and python.