Chopard jewelry worth $1.4 million intended to adorn movie stars at the Cannes film festival has been stolen, a police source said on Friday. 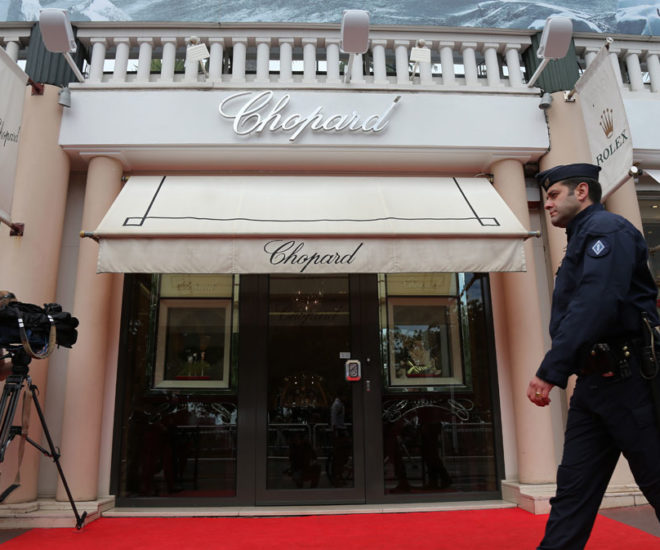 On Friday afternoon, news broke that official Cannes sponsor Chopard had been rocked by a robbery — $1,4 million worth of Chopard jewels were stolen from a hotel.

The robbery took place on friday in the hotel room of an American woman employee of Swiss bijoutier Chopard as she was out for the evening, police said. A strongbox containing jewels was ripped out of the wardrobe and carried off, they said.

Chopard said the jewels weren’t part of the collection to be worn by actresses at the festival, and that the value of the stolen pieces was “far lower than those in the figures circulating in the media.”

The heist occurred before 5:00 am (0300 GMT) at the Novotel hotel, which is located about 15 minutes from the festival venue, police said.

Chopard is one of the official sponsors of the festival, and one of its stores, complete with its own red carpet, lies on the palm-fringed beachfront, just opposite the venue.

The jeweller redesigned the Palme d’Or trophy and each year lends out jewellery to stars for their walk up the red-carpeted steps at the Palais des Festivals.

The photo-calls are hugely valuable to makers of gowns and jewellery, providing media exposure around the world.

An official linked to the festival said the top award, the Golden Palm, was safe.