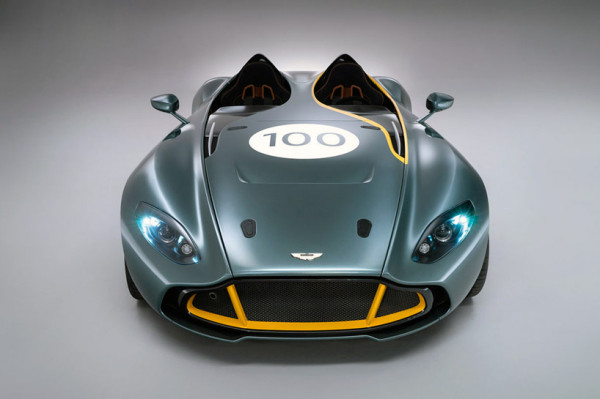 It pays homage to AM’s 1959 Le Mans and Nurburgring-winning DBR1, perhaps the automaker’s greatest sport triumph on the track, as well as hinting at future design direction.

The body and interior are crafted entirely from carbon fibre, designed and constructed in less than six months at Aston Martin’s global headquarters in Gaydon. The car borrows the open-top “speedster” body style from the DBR1. But it dispenses with the windshield and adds huge cutouts in the so-called “swan wing” doors, which open at an upward angle and are a hallmark of modern Aston Martins. Ulrich Bez, Aston Martin’s CEO, drove the CC100 in a surprise debut at the Nurburgring, making a parade lap around the German track before the start of an annual 24-hour endurance race that kicked off yesterday.