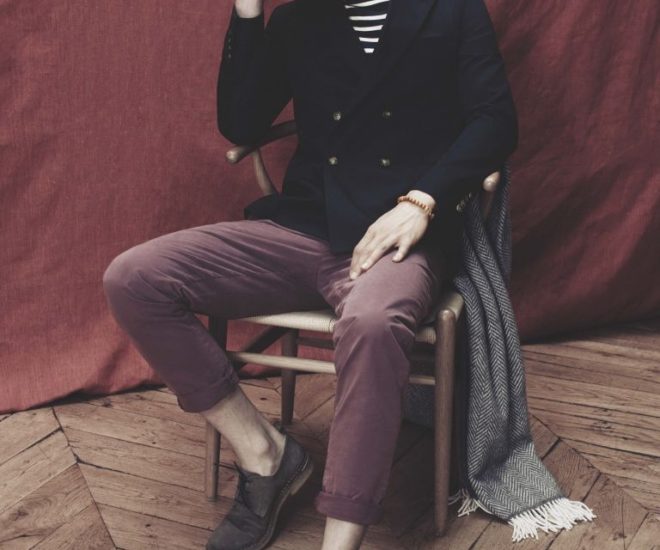 “I always project the clothes with someone in mind; I just imagined a guy at a ‘terrasse de café’ in summer having a break with friends. It is pieces that you could wear easily — timeless pieces you could wear for a long time,” explained Mattiussi.

“We have worked with Ami since the label launched in 2011 and have always appreciated Alexandre’s elegant take on modern menswear,” said Mr Porter buyer Sam Lobban. “Each piece stands out on its own, and together they make a thorough, wearable and distinctly chic summer wardrobe,” he added.

Mattiussi was previously a designer at Givenchy, Dior and Marc Jacobs before starting his own label AMI. His simple, luxurious basics have won him fans around the globe, and AMI will be in 120 points of sale by this fall. Prices start at €85 for a t-shirt and run to €860 for the suede bomber jacket.