Pinko,Â the famous Italian clothing brand founded by Pietro Negra and Cristina Rubini, has created a georgeous t-shirt line with funny witches theme. Pinko imagines clothing as experimentation and self-discovery and dressing as a game. Dynamic glamour is the soul of the company that allows one to freely express the essence of femininity and makes oneâ€™s […] 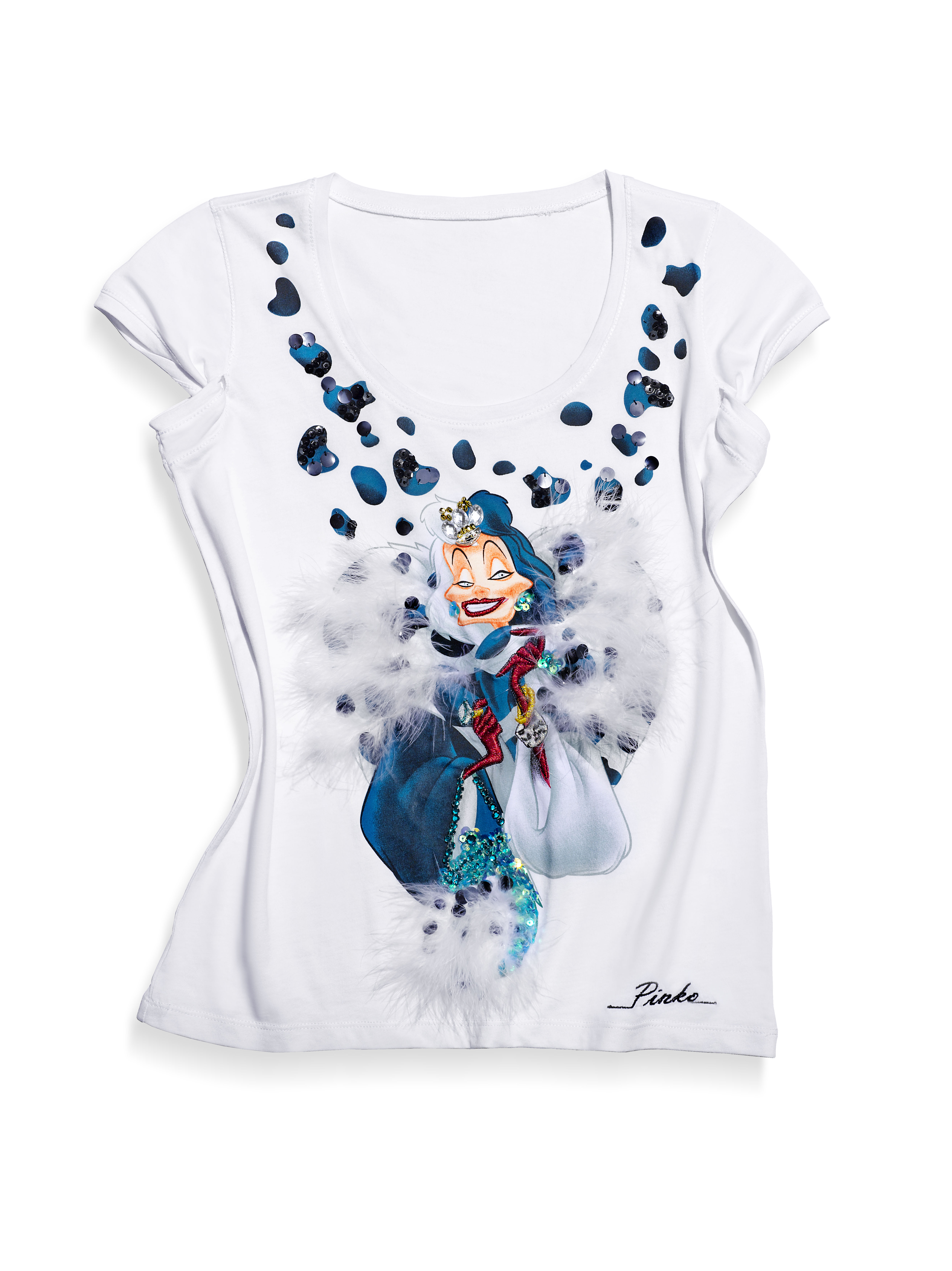 Pinko imagines clothing as experimentation and self-discovery and dressing as a game. Dynamic glamour is the soul of the company that allows one to freely express the essence of femininity and makes oneâ€™s shopping fun, with the reassurance of a productive backstage culture of top quality.

For morning â€˜til night, from party to office, with a sassy and ironic style these Pinko t-shirts gives a youthful and sophisticated air to any wearer.

The first one features her: â€œCruella De Vil, Cruella De Vil. If she doesn’t scare you, no evil thing will. To see her is to take a sudden chill Cruella, Cruella De Vil….â€, the famous Disneyâ€™s fictional character in 1961 animated film One Hundred and One Dalmatians. In the beautiful print, enriched by white soft plumes and sparkling paillettes, she wears a blue gowns and a pair of red gloves in contrasting color.

Next, there is the witch Magica De Spell from the Scrooge McDuck universe. In the Duck Tales, she constantly attempts to steal Scrooge McDuck‘s Number One Dime, which she believes will play a vital role in magically obtaining the same fabulous wealth of its owner. T-shirtâ€™s print shows her flying on a glamour besomâ€™s broomstick around little black stairs. Last, but not least, the funny Madam Mim, sometimes also named Mad Madam Mim, an old rival of Merlin in the Disney movie based on The Sword in the Stone by T. H. White.

In the film, Madam Mim is a powerful witch living in the woods during King Arthur’s youth, but in this t-shirt she doesnâ€™t seem so dangerous, curtseying with a red flared shirt made of tulle and looking a paillettes black spider with magic yellow eyes.