Tapping into the talents of photojournalist Franco Pagetti, the Italian fashion house captures the bustling life of Naples. 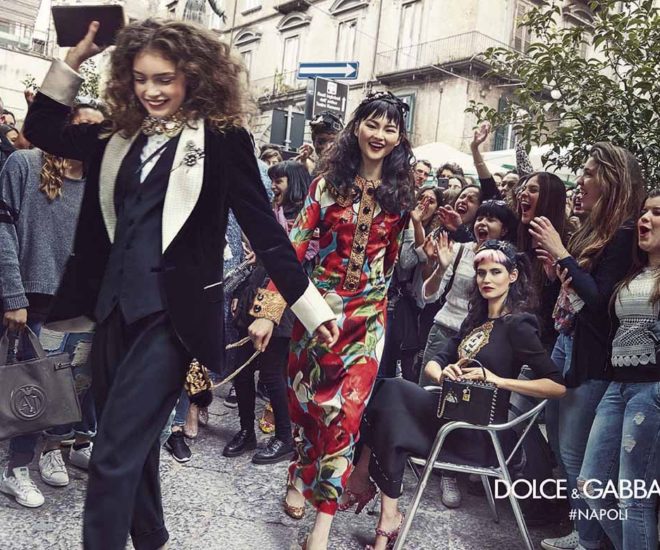 From the grit of war to the glitz of fashion, photographer Franco Pagetti has quite an impressive portfolio under his belt in terms of professional experience. It is exactly this experience that Italian fashion house Dolce & Gabbana intends to tap into for their Fall/Winter 2016 campaign by bringing Pagetti’s eye for detail to the streets of Naples. Staring model Bianca Balti and a host of other elegantly dressed figures, the campaign will see the fashionable set mingle with the town’s residents and other passers-by for a series of fascinating portraits on the bustling life there. Pagetti has photographed conflicts in Syria, Afghanistan, Iraq, and many other locations. His feeling for the earthiness of life, especially in the face of danger, translates into every shot taken for the campaign. There are shots, for example, that see designer-clad models dancing around busking musicians, joking and having fun along with elderly women at the marketplace, or walking bashfully and interacting with a cheering crowd. Despite this, the glamor of the fashion never takes center stage in the pictures, and instead blends effortlessly in with the city and the crowds going about their everyday life.

A statement from designers Domenico Dolce and Stefano Gabbana stated: “He’s one of the best in the business thanks to his bravery, his ingenuity and his skill. He is a tough operator. He will find the right shot for sure”. Both designers have always tried to capture their love for the country in their works. The most recent example being when they recruited movie legend Sophia Loren to play the mother of five sons restoring their ancient Sicilian family property in a mini trilogy to launch the fragrance “Dolce Rosa Excelsa”. With an extraordinary love for Naples combined with the talent of Pagetti, this campaign is a display of the best that fashion has to offer. You can check out more details at the Dolce & Gabbana website.