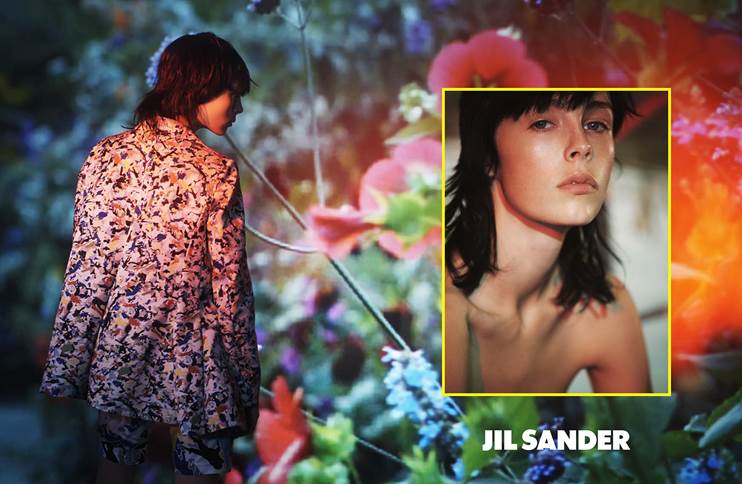 Jil Sander may have left the building, but her fashion spirit lives on. The German designer left her namesake house for the third time since she founded the brand in 1968 and is yet to be replaced.

Young Edie Campbell returns as the star of the images. The model’s now-trademark choppy black mullet featured in the campaign last season, just one of the many ad appearances that helped her take home the ‘Model of the Year’ prize at the 2013 British Fashion Awards. Edie appears alongside up-and-coming London-based face. The pair were styled by Joe McKenna with makeup and hair duties taken care of by Diane Kendal and Versace and Givenchy fave Lucia Pieroni. The campaign was shot by photographer David Sims. The British snapper hit the headlines this week when his images of Miley Cyrus for the latest Marc Jacobs campaign hit the web, alongside the news that the designer’s usual photographer Juergen Teller didn’t want to shoot the pop star.