A movement is afoot to ’empower’ women by persuading them to wear high heels, insisting Japan’s ‘kimono culture’ has led to many women having poor posture. 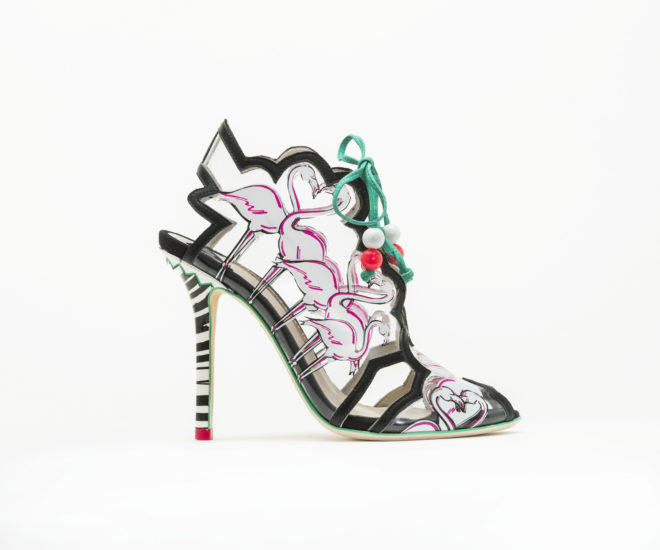 Feminists, look away! Fashion police in Japan want to ’empower’ women by persuading them to wear high heels, insisting the country’s historic ‘kimono culture’ has led to many women having poor posture.

The Japan High Heel Association (JHA) is calling on women across the country to trade sensible shoes for a pair of stilettos, insisting that standing tall will give them ‘confidence’ — and improve their gait.

“They waddle along, pigeon-toed, with their bottoms sticking out as if they’re bursting to use the toilet. It looks ghastly,” she added.

In an apparent bid to improve this situation, the all-female organization charges thousands of dollars for etiquette lessons, including special classes where women are taught to walk correctly, and particularly in high heels.

Critics have branded the idea sexist and laughable, particularly as women are still battling against a deeply ingrained patriarchal culture that once expected them to pace three steps behind men.

Yet the “walking etiquette classes” are proving hugely popular: At JHA students pay 400,000 yen ($3,700) for a six-month course — and so far 4,000 have taken part, while similar lessons and schools are popping up nationwide.

The 48-year-old former ballerina blames the countries sartorial heritage for the posture problem.

“Chinese or Korean ladies don’t have these problems,” she said. “It’s a result of Japan’s kimono culture and shuffling about in straw sandals. It’s ingrained in the way Japanese walk.”

“But very few Japanese wear a kimono all day anymore. We should know about Western culture and how to wear heels correctly,” Yumiko added. The shift away from traditional Japanese clothes happened gradually from around the late 19th century but it is only been since the 1980s that stilettos have become a fashion staple.

This ‘call to heels’ comes at a time when the West is experiencing a feminist fightback against diktats on how women should dress.

Hollywood star Julia Roberts went barefoot on the red carpet during the Cannes Film Festival in May — an act of rebellion after organizers caused uproar by ejecting women for wearing flat shoes at the previous year’s event.

Last month more than 100,000 British people petitioned parliament in the UK, calling for a change to an outdated dress code law that allowed employers to require women to wear high heels in the work place. The campaign, now backed by several politicians, was launched by a receptionist who was sent home by a firm for wearing flat shoes. But Yumiko argues wearing heels will help “Japanese women become more confident”.

She explains: “Many women are too shy to express themselves. In Japanese culture, women are not expected to stand out or put themselves first.”

Her solution is for women suffocated by such strict protocols to simply “throw on a pair of heels,” arguing the freedom it brings can unlock the mind. Prominent Japanese social commentator Mitsuko Shimomura dismissed the idea as “nonsense” that most would laugh at.

She said: “There’s no relationship between wearing high heels and women’s power. It sounds crazy.”

Heels have been in and out of vogue — for men and women — for centuries, with murals on ancient Egyptian tombs dating them back to around 4,000 BC.

But they still have a key role to play in modern courtship, according to JHA director Tomoko Kubota. “If women look sexier, it will help Japanese men buck up their ideas,” the 45-year-old said.

In one test, they found if a woman dropped her glove on the street, men were 50 percent more likely to stop and return it to her if she was wearing heels rather than flats, while female behavior remained unchanged regardless of shoe worn, according to results published in the journal, Archives of Sexual Behaviour.

Students from across Japan sitting JHA exams for a certificate that allows them to become high heel instructors sing from the same hymn sheet.

“We learn how to move in a kimono and how to bow correctly, but not how to walk (in heels),” said hypnotherapist Takako Watanabe, 46 after a walking lesson. “It might help us catch a hunky guy,” she adds.

“It makes you look more lady-like,” said the 44-year-old, who has spent thousands amassing a stiletto collection. “They’re an essential item for a modern woman to feel pride and confidence in herself.”

Yumiko, whose parlor is a veritable shrine to France’s King Louis XIV, lined with frilly curtains embroidered with the image of the dandy, heel-wearing monarch, gives short shrift to accusations of sexism — she wants men to change their footwear too.

She explains: “As in the Renaissance period, men want to look taller and more stylish. Men should wear heels, so they can preen majestically like Louis XIV. I’m sure it will happen.”