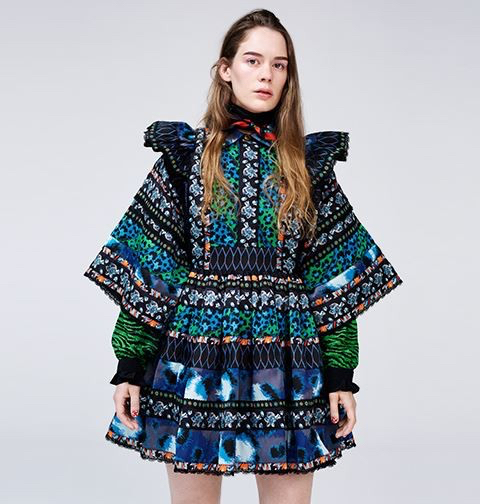 Swedish high-street chain H&M has unveiled a new look from its collaborative collection with French fashion house Kenzo, modeled by Norwegian musician Anna of the North.

The item, a short dress printed with a folk-inspired reinterpretation of an original design by the house’s founder Kenzo Takada, is the fourth look to be revealed from the range.

The KENZO x H&M collection will be available in a selection of 250 H&M stores worldwide, as well as online, from November 3, 2016.

Anna of the North, best known for her song “The Dreamer”, joins previously-announced ambassadors for the collection Amy Sall, Juliana Huxtable, Oko Ebomo and Isamaya Ffrench, images of whom were released a few weeks ago.