Guide: How to Survive Your First Classic Car Auction

Auctions can be daunting and exciting at the same time so you need to remember a few golden rules. Here are a few pointers to help you come away a winner. 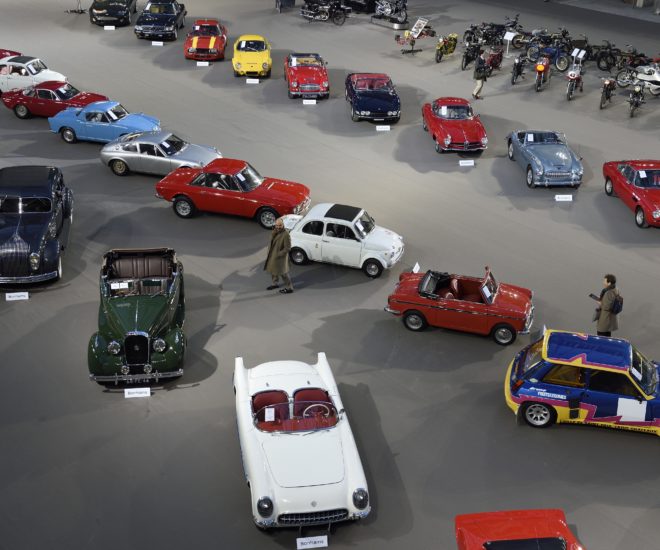 The height of the summer is also the height of classic car auction season and it might just be worth your time to attend. After the excitement of the record lots going under the hammer during the Pebble Beach Concours d’Elegance you might be thinking that attending an auction, whether to get your hands on a multi-million dollar classic or something more down to earth but equally collectable is something you want to try.

While an auction can be daunting and exciting at the same time, as long as you remember a few golden rules, there’s nothing to stop anyone registering, attending and potentially coming away with that classic they’ve always wanted.

There isn’t a minimum net worth threshold you have to cross to qualify or anything like that. “It is simply a fun, exciting, and sensible arena for both buying and selling,” explains Bonhams UK head of motorcars, Tim Schofield.

Budget, rather than the type of car you want, will dictate which type of auction you attend. For example, a typical RM Sotheby’s sale is almost exclusively made up of lots worth over $250,000. And even the one or two bargains could prove out of reach. But beware the 1960 Fiat 500 Jolly by Ghia, even it could prove out of reach. © Darin Schnabel Courtesy of RM Sotheby’s

“The cheapest car in the room,” says Peter Haynes from RM Sotheby’s. “Someone who has just spent $2.4 million on a 1957 Ferrari Tour De France might well have a villa in the south of France and think that that car [it’s usually a Fiat Jolly] would look great sitting outside. So he’ll stick his hand in his pocket and take it.”

Gooding & Co takes a similar high-value approach but will ensure 5 to 10 genuinely affordable niche models in its catalogue. However for the best spread of brands and price points, look to a Bonhams, Russo and Steele, or Mecum sale.

Once you’ve picked your auction, get researching. “Make sure you know the good points and bad points of each model type,” says Schofield. “Go and look at the best example you can – even if you can’t afford it – and judge every other example you see against that car.”

If registered to bid, you can go and see a car before the auction and even take it for a test drive. And don’t be afraid to ask questions: the auction house is meant to be staffed with experts.

But the most important thing to remember is funds. Set a budget and stick to it absolutely. Make sure you’ve factored in everything, not just the buyer’s premium. “Auction houses levy charges for collection and storage of lots that are not taken away by their new owners immediately,” warns Schofield. Thrill of the Moment

Haynes says that first-time bidders need to remember that an auction is designed to drive the greatest price possible for a car and plenty of sales are organized to get people excited and pumped up: “It can be a very charged atmosphere and the buildup can be like being in a stadium for a football match waiting for the kickoff.”

That’s why Schofield says you must stay alert. “You must be aware of what’s happening in the room. At Bonhams, we aim to sell 30 vehicles an hour – so don’t wave to a friend, it could be a very expensive gesture!”

Watch out too for what Haynes calls the perfect storm. “It’s when there are two or three people in the room that feel exactly the same way that you do about a car. That’s when they all start bidding against each other and occasionally cars can go for very big money.”

The final point to remember is that all sales are final. If you buy a car at auction and then have a change of heart, there is nothing you can do about it. “There is no ‘cooling-off’ period. Once the auctioneer drops the hammer, a contract is made,” says Schofield.

So, research, view the lot, ask questions, set a budget, be aware of what’s happening in the room and be absolutely certain that it’s what you want, and everything will be fine.