While other houses think about tampering with seasons, Gucci decides there is no reason for menswear and womenswear to have separate shows. 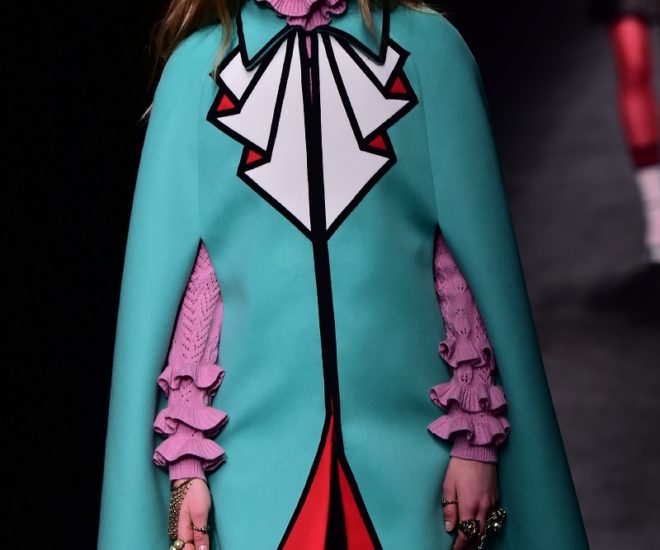 The fashion world has been wracked by turmoil since the advent of new strategies like the ‘see-now-buy-now’ model of presenting collections. Well, you can add ‘fashion show fusion’ to the list of new strategies. Brands such as Burberry, for example, have decided to try for two ‘seasonless’ shows per year, as of September 2016 and now, the sanctity of separate menswear and womenswear shows has been challenged. Gucci still intends to uphold the traditional schedule of ‘see-now-buy-later’, but the Italian label is fusing the menswear and womenswear shows.

“It seems only natural to me to present my men’s and women’s collections together. It’s the way I see the world today,” said Gucci creative director Alessandro Michele. This choice can be read in a multiplicity of ways. It could be a statement about the ambiguity of gender in a more accepting world. It could also be a strike out at long-standing traditions in the fashion industry. Obviously, it could also have nothing to do with either. Most likely, it is done for practical reasons.

“Moving to one show each season will significantly help to simplify many aspects of our business,” said Marco Bizzarri, president and chief executive officer of Gucci. Through this act of streamlining, it definitely seems to be a weight off Gucci’s chest if they only have to prepare singular collections rather than dual collections. Significantly less logistics may be the underlying concern. Alessandro Michele also noted that “it will give me the chance to move towards a different kind of approach to my storytelling”.

The unified show will come into play starting in 2017. By that point, who knows how many other houses are going to test out alternative strategies as well? The future of fashion, from this point of view, is set to be highly interesting.