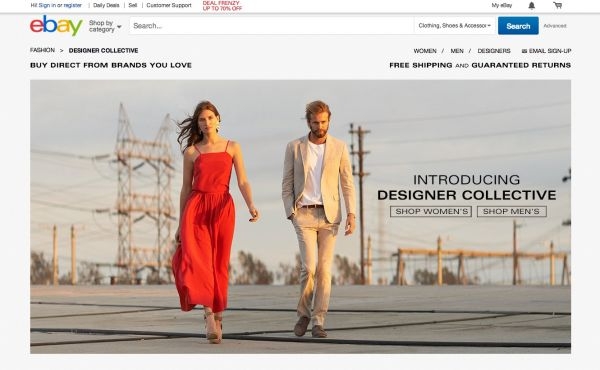 The site operates as an extension of the brands’ own e-commerce platforms, with their own store-fronts hosted on the main eBay site.

The concept “fits with our philosophy – as partner and an enabler of brands, and not a competitor,” Devin Wenig, president of eBay Marketplaces, explained to WWD.

For now it’s US-only, but international shipping will roll out later this year, and there will be more fashion too. Halston Heritage is one of the brands labeled as “coming soon,” alongside Trina Turk, Nicole Romano, Rachel Pally, Jay Godfrey, Tuleste, Raoul, 4.Collective and Janis Savitt.

Two years ago in the UK, eBay launched Fashion Gallery (first called The Outlet), selling outlet merchandise from retailers, rather than directly from designers; it mixes a range of brands from Acne to Zara.