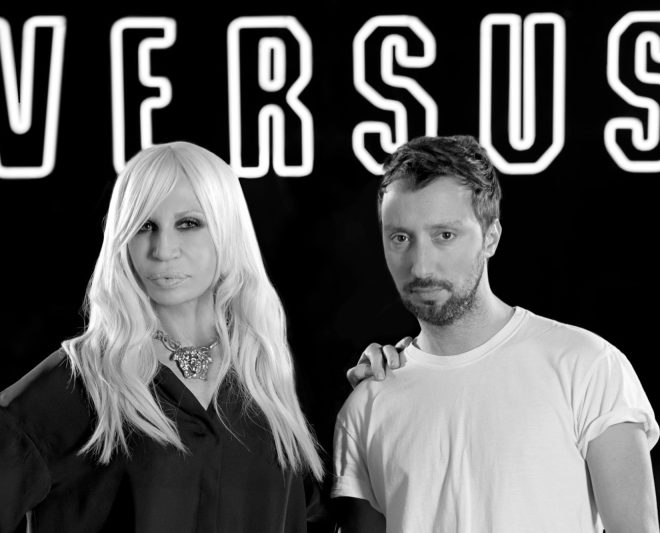 The decision follows the capsule collection unveiled in September last year during New York Fashion Week, with the maison praising his “immediate and harmonious fit with the brand.”

“I’ve followed Anthony’s work from his very first collection, as soon as I met him I realized immediately he was the one, he gets it, his talent screams Versus Versace” explained Donatella.

“I love his fresh energy and innovation and I love being surrounded by a talent which brings newness to Versace.”

Vaccarello, who also designs his own namesake women’s line, will be the creative lead for the men’s and women’s Versus Versace collections, and will make his debut with the Autumn/Winter 2015 line.

Founded in 1989 as the youth-oriented second line, in 2013 Versus shifted to an off-schedule, digital-first approach with capsule collections by MIA, Jonathan Anderson, and latterly Anthony Vaccarello, with the pieces available to buy immediately after they were revealed.