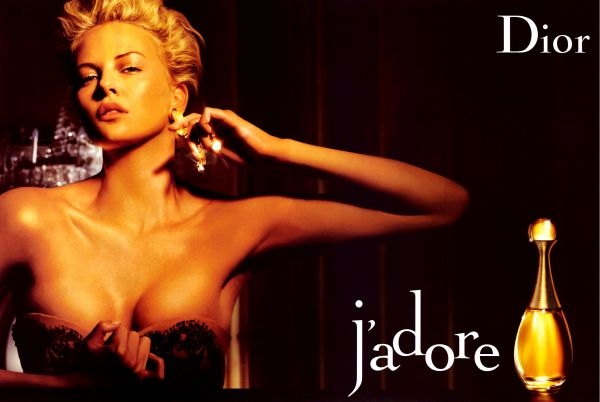 Filmed at the Château de Versailles, the commercial depicts Theron arriving at an over-the-top fashion show where Grace Kelly, Marlene Dietrich, and Marilyn Monroe are getting ready for the runway among other models.

While it’s not (yet) possible to smell a fragrance through a TV commercial, the actress’s golden dress (inspired by the scent’s flacon) and empowered walk down the catwalk comes a close second.

Watch the ad, directed by Jean-Jacques Annaud and set against The Gossip’s “Heavy Cross” below.