The Interlace, a distinctive condo in Singapore designed by OMA/Ole Scheeran, has been named World Building of the Year. 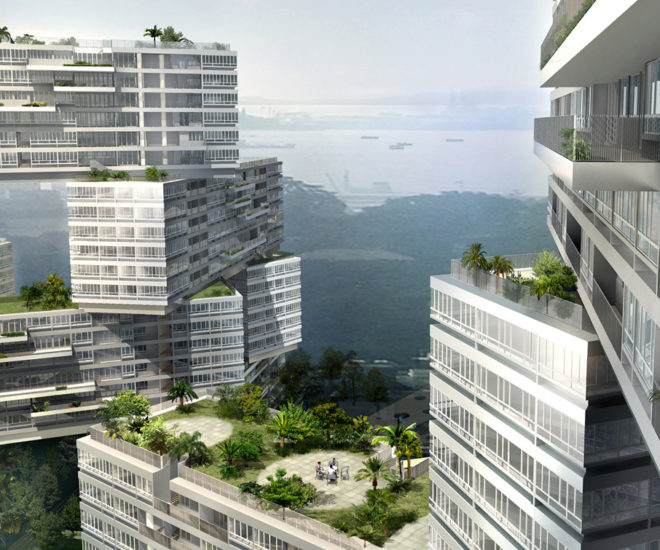 The Interlace, a distinctive condo in Singapore designed by OMA/Ole Scheeran, has been named World Building of the Year.

The winner was announced at the World Architecture Festival in Singapore, which wound down November 6, according the AFP RelaxNews.

The Interlace consists of separate apartment buildings that are stacked to create terraces and gardens. With an 8ha footprint, this 1,040-unit was developed by CapitalLand Singapore and it does provoke strong reactions, as the above image from the AFP shows. When the project was announced as a category winner on Wednesday, judges said they selected it for its “radical and alternative approach” to contemporary living in a tropical environment.

According to the Straits Times, Festival director Paul Finch said the judges were impressed by its “bold, contemporary architecture and thinking”. Indeed, depending on where and how one sees it, Interlace is a study in shifting perspectives. Within the building, there are many views on offer, meaning one could conceivably visit two homes in different parts of the building and be treated to entirely different perspectives, literally. The end result is a building that excites but also confounds.

The interlace succeeds The Chapel community center in Vietnam by a21 studio, which earned the distinction in 2014.

A full list of overall winners can be found at www.worldarchitecturefestival.com/congratulations-2015-waf-winners.