Media executive Rupert Murdoch is in contract to buy the top four floors of new Manhattan condo building One Madison. 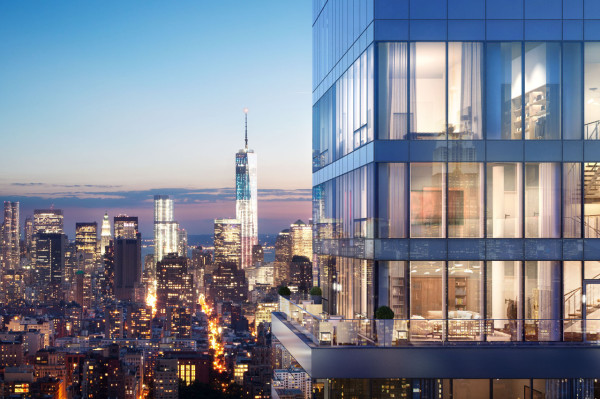 The 82-year old tycoon’s apartment is actually a combination of a triplex penthouse, which originally was on the market for $50 million, and the 57th-floor unit below, which was asking $16.5 million.

The penthouse has five bedrooms, five and a half bathrooms, and a spiral staircase with views of the World Trade Center site and the Hudson River. The purchase comes just months after the divorce of Murdoch and his wife Wendy Deng Murdoch, who is retaining their Fifth Avenue penthouse as per the divorce deal.

One Madison, a 60-unit tower being developed by Related, is located at the southeast corner of Madison Square Park, with an entrance on 22nd Street. Residents of One Madison will receive exclusive special services by trained staff as well as access to amenities such as a screening room, a parlor, a dining area, a spa, a yoga room, a fitness center and a children’s playroom.