French chateau with vineyard near Aix-en-Provence

A roughly 282-acre, 18th-century estate in the south of France with a vineyard and private chapel is listed for about $19 million. 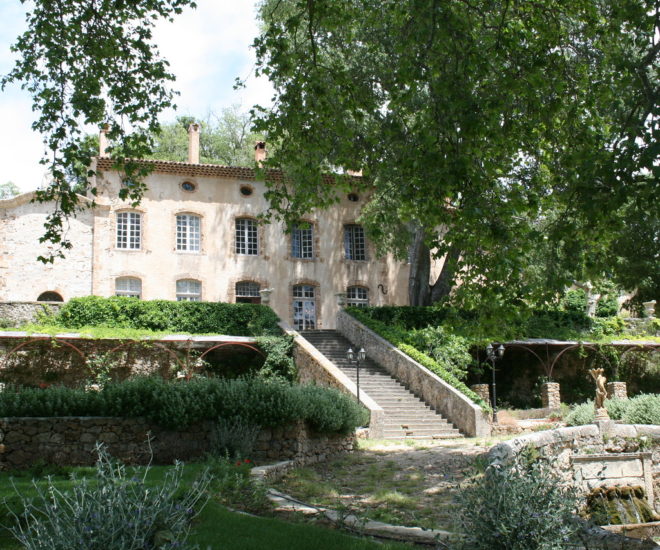 A roughly 282-acre, 18th-century estate in the south of France with a vineyard and private chapel is listed for about $19 million.

Located near Aix-en-Provence, Château Margüi includes a 6,700-square-foot house with seven bedrooms and five bathrooms and four additional outbuildings. A consecrated, 915-square-foot chapel is located in a room inside the 18th-century home.

The home was renovated between 2002 and 2008 and includes radiant heat flooring. The property was listed in December, said David Stanley, U.S. representative for the listing brokerage, Emile Garcin Properties. The grounds include a nearly mile-long pathway surrounded by 300-year-old trees, natural ponds, one of which was converted into a pool, and several outbuildings. There is a wine cellar, a farmhouse, tennis court and a former silkworm rearing house that could serve as a guesthouse.

A five-person team currently runs the wine operation, which produces 6,500 bottles of wine a year from a mix of Syrah, Cabernet and Grenache.