Could these futuristic green towers be Paris in 2050?

Paris is aiming to reduce 75% of its greenhouse gas emissions by 2050, so could these futuristic green skyscrapers be the way forward? 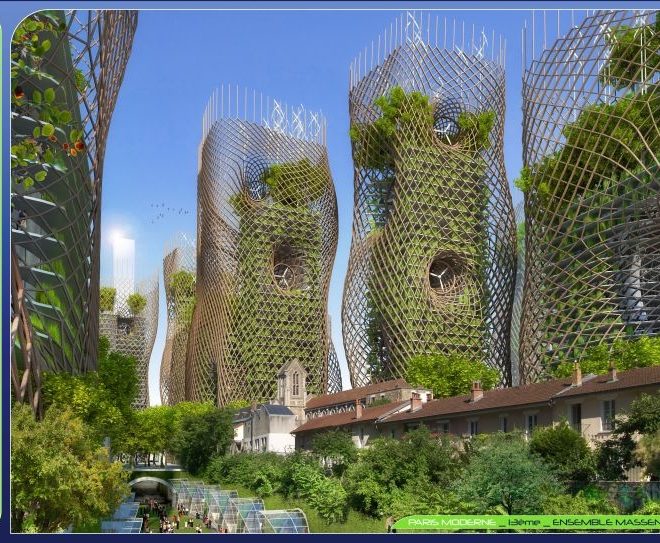 Paris is aiming to reduce 75% of its greenhouse gas emissions by 2050, so could these futuristic green skyscrapers be the way forward?

“2050 Paris Smart City” is a research and development project for Paris City Hall carried out by Vincent Callebaut Architectures. It features eight high-rise buildings which recycle their own energies in a short loop through innovative systems.

The buildings include “Mountain Towers” in the city’s first arrondissement or district, that blend solar, hydrodynamic and planted buildings, using bio-air conditioning systems. The “Antismog Towers” in the 14th district are described as an “ecologic corridor” 23 km long, punctuated by depolluting photo-catalytic towers. A striking complex called “Photosynthesis Towers” in the 15th, to be built in a vertical spiral and featuring organic facades of green algae, has been suggested, alongside “Bamboo Nest Towers”, a series of thermodynamic garden structures featuring food gardens and orchards on balconies.

To view the project in full, see vincent.callebaut.org.