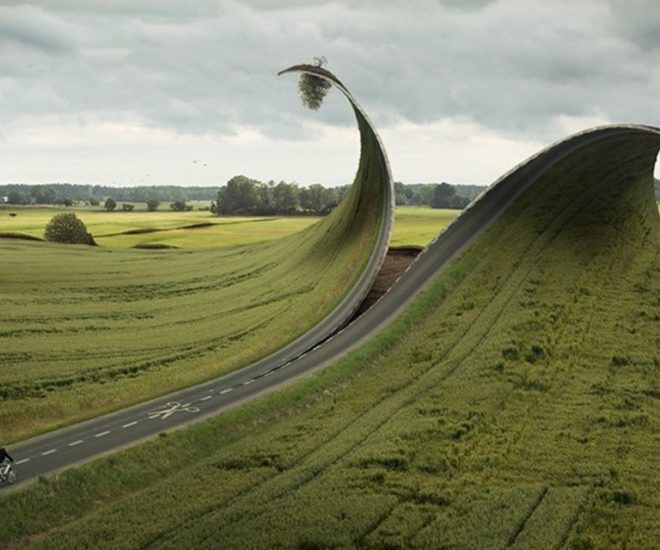 You might probably recognize photographer Erik Johansson from his frequently shared personal work online: titled the swedish photoshop artist and story teller’s distorted reality compositions.The Berlin-based photographer’s surrealistic photo manipulations are stunning and strange, blending familiar and unfamiliar elements together to form a distorted setting. He is as much a photo retoucher and editor as he is a photographer. An impressive fact about him is that he takes all the images himself to ensure that they are of the similar perspective and light atmosphere. The creative processes for each of his compositions are carefully planned out before he shoots the images, and Johansson often he combines more than two photos together to tell his story. Much of his work looks at the concept of one’s home and brokenness.

Originally born in Sweden, the photographer found his interest in photo manipulation while studying computer engineering. With his technical skills and knowledge of image editing, combined with his vivid imagination, Johansson has total control od his work process from sketch to the final image. As a professional still-life photographer, Johansson has also collaborated with large companies such as adobe, google, microsoft and national geographic. Check out his website to see more of his work.