We take a look into the homes of distinguished influencers, those who have shaped and defined a generation of filmmaking, musical theatre and even market economics! From showbiz greats like Jane Fonda, Meg Ryan and Cole Porter, to investment superstar Warren Buffet, these stylish and quaint abodes do not disappoint. 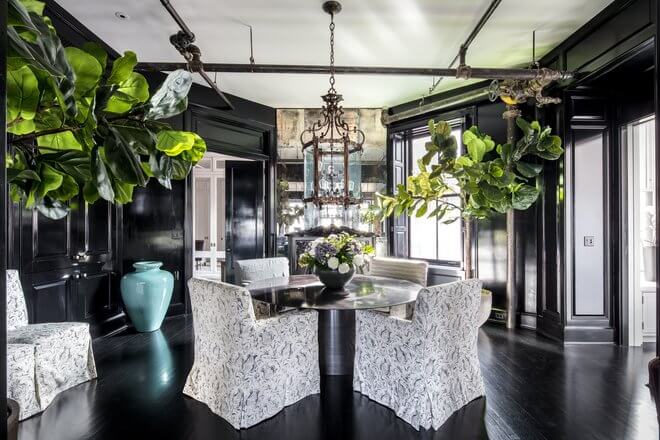 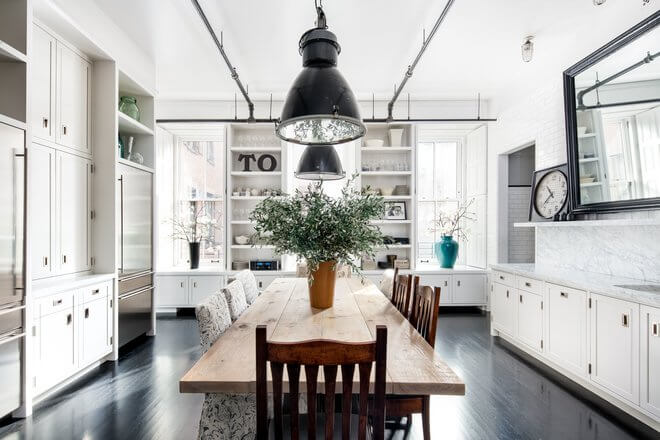 Matte black finishes are set against expanses of white, an elegant touch complimented by a set of floor-to-ceiling French doors leading to the home’s three bedrooms (including a master bedroom with eight closets!), formal dining room, media room and a spacious eat-in kitchen. Several original architectural columns and exposed brick walls also lend an industrial aesthetic to the place, whilst a stunning 40 ft gallery near the foyer presents views onto Mercer Street from five large windows. 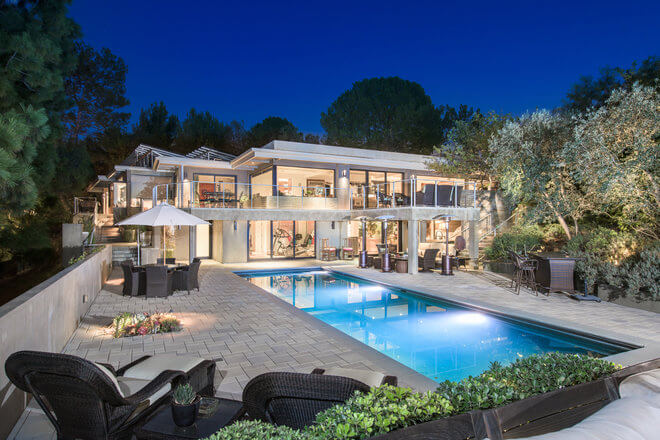 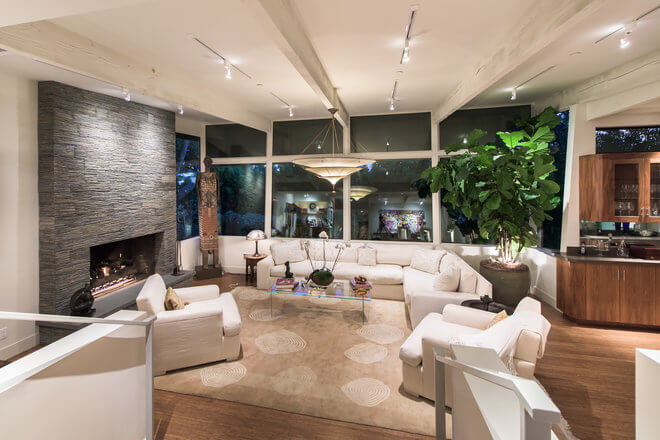 A two-time Oscar-winning actress, political activist, fitness guru and eco-warrior, the multi-hyphenate Jane Fonda has recently listed her 7,102 sq. ft. Beverly Hills home (shared with long-time partner and veteran music producer Richard Perry) on the market. Purchased in 2012 for USD 7.3 million and now listed for close to USD 13 million, this contemporary four bedroom and six and a half bathroom residence sits on a 36,000sq. ft. lot in the stylish Trousdale Estates area.

Boasting stunning views over the canyon and ocean, the home features interconnected, open-plan living spaces including a statement glass elevator, a media lounge with bar area, a sprawling kitchen, and multiple covered and open patios. A solar-heated swimming pool, viewing pavilion with fire pit and a meditation garden with fountains adds to the resort-like tranquillity of the place, whilst a lower level gym keeps with the exercise tycoon’s mantra of healthy living. Ever the eco-minded advocate, Fonda’s residence also bears green amenities such as photovoltaic electric panels, thermal glass windows with motorised shades, eco-friendly ventless fireplaces and bamboo floors. Sleek, sophisticated and bold, the home is listed with Jade Mills and Valerie Fitzgerald of Coldwell Banker.

The Wizard of Emerald Bay 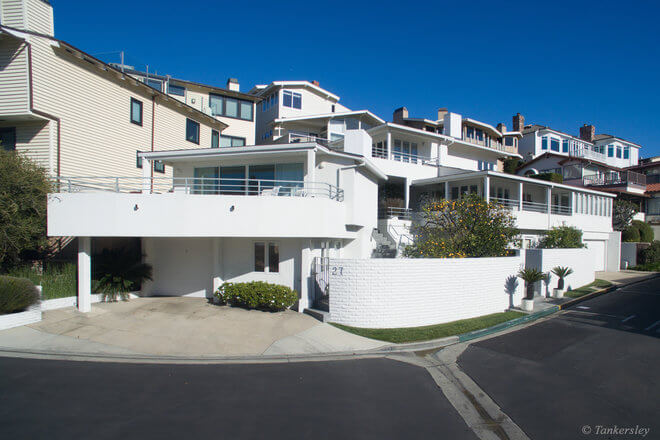 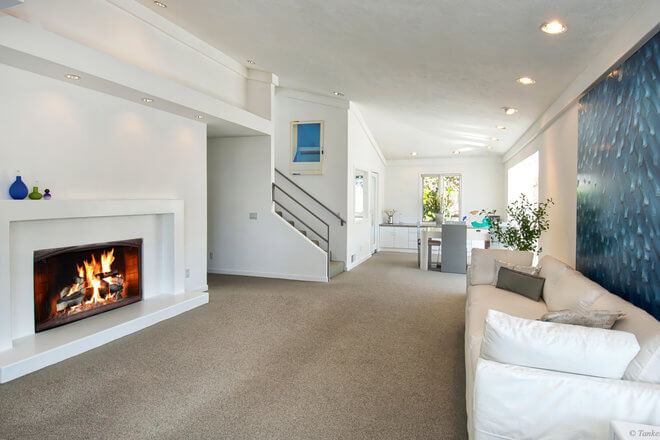 A glimpse into the family retreat of billionaire investor Warren Buffet (affectionately known as the “Wizard” of Omaha) yields a humble yet spacious abode befitting one known for his frugality despite being America’s second wealthiest individual. Originally purchased in 1971 as a vacation home, Buffet’s six-bedroom Laguna Beach estate is now on the market for USD 11 million. For those who revere its legendary owner, or for anyone really, with a love for the beautiful beaches of the West Coast, this 3,588 sq. ft. property is a gem of an investment.

Located in the gated community of Emerald Bay, this remodelled beach house offers stunning ocean views in most rooms thanks to its corner lot position, a large family room with an expansive viewing deck, and a beautiful beach just steps away. Other amenities also include six community tennis courts, beach volleyball courts, parks and a pool. Though modestly appointed by billionaire standards, the home’s grey carpeting and pristine white furnishes lend a soothing and cozy ambience that makes for the perfect relaxing beach getaway. 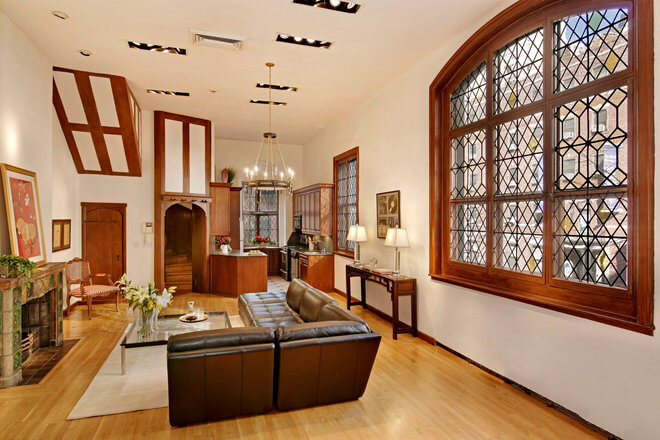 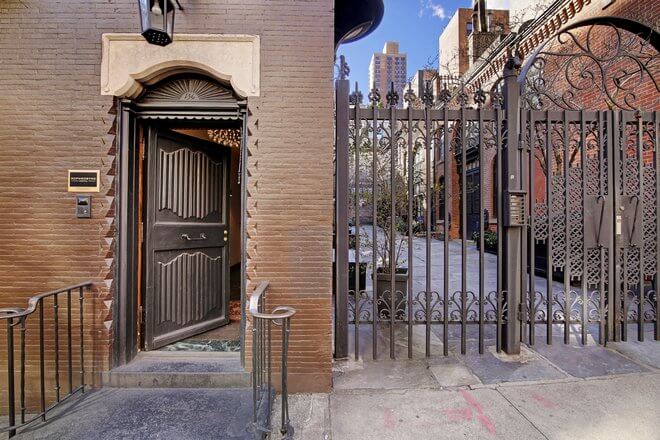 Times have changed for Sniffen Court, one of New York City’s smallest historic districts and home to a quaint brick building once belonging to famed Broadway composer and songwriter Cole Porter. In olden days this four-story townhouse was a Civil War-era stable, before it was refurbished into an engraver’s home and studio in 1915.

Now on the market for USD 6.5 million, the home has cultivated for itself a certain celebrity pedigree, tucked away off East 36th Street in an exclusive neighbourhood of only ten townhomes, once playing host to the likes of musician Lenny Kravitz and model Claudia Schiffer. Bearing a charming exterior with unique eyebrow windows under a mansard roof, the 3,865 sq. ft. property features a well-preserved interior boasting original wood mouldings, whimsical spiral stairways connecting the floors, as well as a charming interior courtyard.

Multiple windows let in an abundance of light across the home’s five bedrooms and four baths, and a spacious living room makes for an excellent gathering space for friends and family. With Midtown Manhattan and Grand Central Station in close proximity, the home is— in the words of the musical maestro himself, best known for musicals like “Anything Goes”— “De-Lovely”.