While thousands of new properties will open their doors for the first time in 2016, here is a selection of properties noteworthy for raising the bar in luxury – and one distraction from Disney 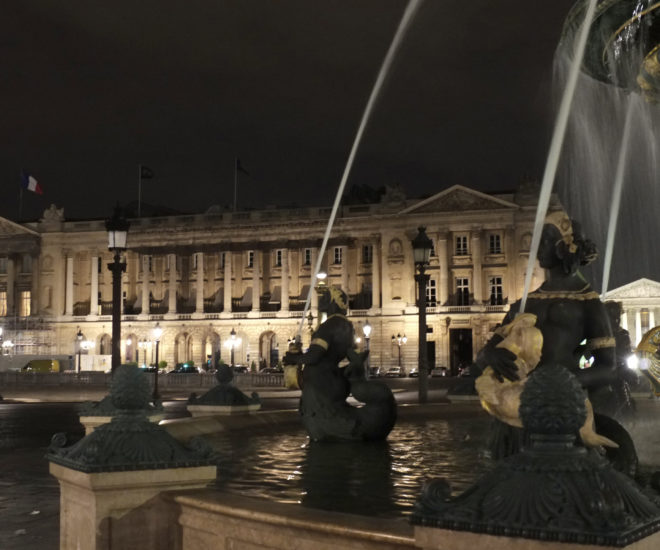 From the highly anticipated opening of a Toy Story-themed hotel at Shanghai Disney, to the grand reopening of two iconic Parisian landmarks, 2016 will be a big year for the luxury hotel market. While tens of thousands of new properties will open their doors for the first time in 2016, here is a selection of properties that are noteworthy for raising the bar in luxury, marking a milestone, or helping to transform the local tourism landscape.

In the last few years, Paris saw the temporary shuttering of two of its most iconic and luxurious hotels, the Ritz Paris and Hotel Crillon. This year, they will compete for attention as both are slated to re-open their doors after extensive and lengthy renovations.

With a history dating back to 1758, the Hotel Crillon (pictured above) is a veritable institution in Paris, located at Place de la Concorde where the Champs-Elysees begins. In 2013, it was announced that Rosewood Hotels & Resorts would take over the management of the property. The restoration will entail a contemporary overhaul led by Lebanese artistic director Aline d’Amman and architect Richard Martinet. It was also announced that Karl Lagerfeld has been commissioned to design two suites. An exact opening date has yet to be disclosed.

Nobu Hospitality (pictured below), co-owned by Japanese chef Nobu Matsuhisa and actor Robert De Niro, has announced plans to open its first European hotel in London’s trendy Shoreditch area in 2016. Expected to open in the first quarter of the year, the hotel’s five storeys are fractured into angular balconies and cantilevered steel beams using printed layered, glass and reflective facades to play with reflection and light. The hotel will be comprised of 156 rooms while the dining options will be helmed by chef Matsuhisa.

This five-star boutique hotel will be the sister establishment of the luxurious Le Sereno Saint Barths. Located 6 km from the center of Como and 50 minutes from Milan, the design of the new 30-room hotel has been overseen by Patricia Urquiola, who has focused on natural materials to create an aesthetic that is both timeless and full of character, intimate and casual. Urquiola’s studio will also design the interior of the ferry that will shuttle guests around the lake. Room rates will range from 600 to 4500 euros. The Oberoi Marrakech (Third quarter of 2016)

Located 20 minutes from the city center, the luxurious property is built within 25 acres of citrus orchards and ancient olive groves. Each villa and suite comes with a private pool and views of the Atlas mountains, while rooms are spacious, modern and feature handcrafted Moroccan design features. The brand’s signature spa is built on a private island on a lake within the orchard, and offers Ayurvedic and Moroccan-inspired treatments. Facilities also include Moroccan hammams, yoga studio and outdoor pavilion.

Billed as the little sister to its flagship New York property in Midtown, the second Four Seasons hotel will open in the Tribeca district, a short stroll from the new World Trade Center, Wall Street and the Soho neighborhood and serve as a dual residential and hotel property. The 185 rooms are designed by Yabu Pushelberg. Dining will be provided by Wolfgang Puck and his CUT steakhouse restaurant and bar.

Once construction is complete in 2016, The James Hotel will open the doors to the first new ground-up hotel in West Hollywood in 30 years. The boutique property will open in the heart of Sunset Strip at the corner of Sunset and La Cienega Boulevards, and house 286 rooms, two restaurants and a rooftop and lobby bar. The LA location will be the third for the brand after locations in Chicago and New York. The brand’s philosophy embraces wellness, sustainability, local art and culture. Located in the heart of the new Central Business District, the opening of the Four Seasons Hotel Abu Dhabi at Al Maryah Island will mark the first hotel for the chain in the Emirati capital. The property will open along a stretch of prime waterfront, and house a retro-modern Chicago steakhouse, cocktail bar, and poolside restaurant. Along with 200 rooms, the property will also feature 124 private and serviced residences.

Organized as two towers, the St. Regis will house 292 lavish rooms that includes 63 suites. The mixed use property will also offer 99 guest apartments and 117 residences. Located on the north end of Corniche Road, rooms will offer views of the Nile River and in proximity to the pyramids and retail area.

Originally scheduled to open in March 2016, the ambitious Wynn Palace Cotai will be delayed by another three months for a set date of June 25. The $4.1 billion, floral-themed property features 1,700 rooms spanning 28 storeys, and an artificial lake. To enter the grounds, guests will board air-conditioned SkyCabs that cross the 8-acre Performance Lake into the heart of the resort. Like its predecessors, the Wynn Palace will house an opulent spa, salon, luxury retailers and gourmet dining restaurants.

Located on the southern Bukit peninsula, the luxury hotel group’s newest property will be built on elevated terraces to offer commanding views of the Indian Ocean. The resort will be comprised of 97 villas, each with a private pool and 24 guestrooms. The signature restaurant will be a cliff-top, cantilevered dining space with sweeping ocean views. Guests will also be able to indulge in luxurious spa services that include Balinese treatments.

After experiencing construction delays, the opening of Disney’s third theme park in Asia after Hong Kong and Tokyo is expected to open its pearly gates in spring. When it does, the park will also open the doors to two highly anticipated themed hotels, The Shanghai Disneyland Hotel and a Toy Story Hotel. Not particularly encouraging is the image supplied for this story but we digress! At the Art Nouveau-inspired Shanghai Disneyland Hotel, guests will be greeted by bronze statues of Mickey and Minnie Mouse, while Toy Story fans will find Woody and Buzz Lightyear at the hotel courtyard.

To open on Emerald Bay in Western Phuket, the luxury property will be comprised of 80 villas and 32 residences that are designed to blend in with its natural hillside forest surroundings. Retractable glass walls will provide guests with unobstructed views of their environment, while garden rooftops and cantilevered structures will help the villas meld with the landscape. Dining options include a rustic Thai seafood eatery on the beach, poolside eatery, bistro and terrace bar, while a Sense spa will feature six spa villas and a swimming pool.