Known as “Twin Points,” the Laguna Beach property is nearly 2 acres and is located between two sandy beaches, Crescent Bay and Shaws Cove. 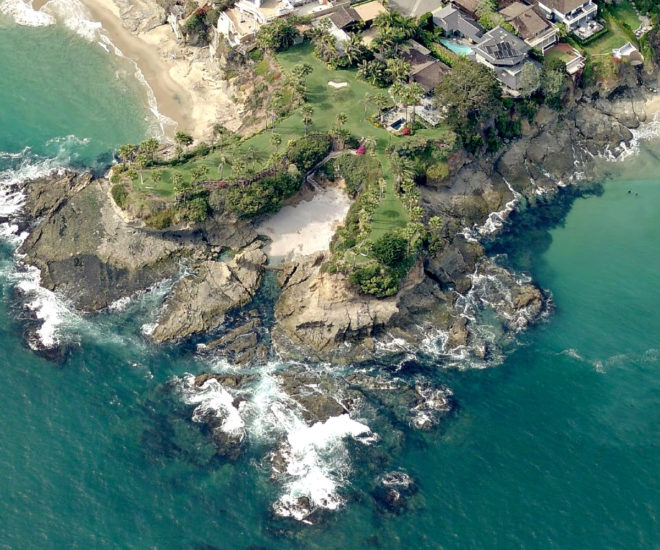 A California home perched on two peninsulas jutting into the ocean is listing for $75 million according to the Wall Street Journal.

Known as “Twin Points,” the Laguna Beach property is nearly 2 acres and is located between two sandy beaches, Crescent Bay and Shaws Cove.

There is a three-bedroom, three-bathroom house on the property with views of the coastline and Catalina Island, Mr. Giem said.

There is also a guesthouse. Between the two peninsulas, which are topped by a grassy lawn, there is a cove with a beach accessed by a private set of stairs. The home sits about 60 feet above the water. The property is being sold by the estate of Raymond and Phyllis Contino. Their son Michael, one of six children, said the property has been in his family since 1930, when it was purchased by his great-grandmother.

On the beach in the cove, his great-grandmother built a sea wall to create a saltwater swimming pool that fills with water at high tide. Such structures can no longer be built, Mr. Giem said, so they are very rare.