Beyoncé Filmed One of Her Videos at This Hotel

The steamy black-and-white video for “Rocket” was filmed in a Hudson Studio at New York’s architecturally awesome Standard High Line. 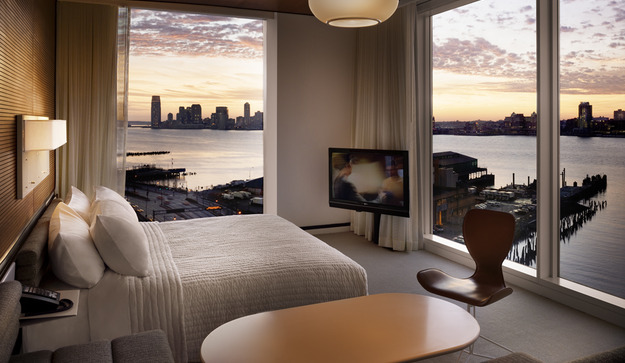 The New York hotel where Beyonce shot the video “Rocket” is set to profit from the exposure, after it helped play a role in an album that shattered records just a few days after its release. In her black and white video “Rocket,” Queen Bey is captured alternately writhing on Italian bedsheets, gazing out of the floor-to-ceiling windows towards the Manhattan skyline, and hovering Exorcist-like over the bed in the Hudson Studio at The Standard High Line.

Shot in the 400-square foot (37-square meter) apartment,  the seductive video shows the studio’s signature feature, a freestanding bathtub. Located in the heart of the trendy Meatpacking district, the 18-storey tower offers sweeping views of the Hudson River.