Designed by Luca Vallebona, his first independent project the 42 metre Mondomarine Serenity recently won the World Superyacht Award in her category in 2016 and so its little wonder his concept has yacht lovers excited 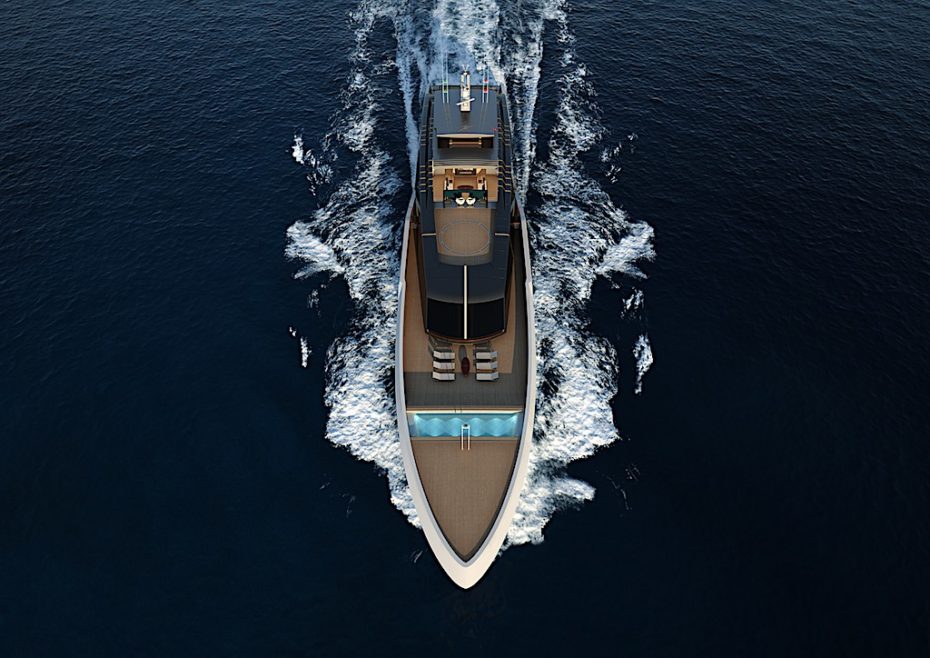 Luca Vallebona’s latest concept yacht, the Pentagramma, is no slouch. After obtaining his diploma in classical studies, Luca Vallebona specialised in Yacht Design at the Politecnico di Milan. After, he worked with Nauta Design in Milan where he had opportunity to work on both motor and sailing yachts. His first independent project, the 42 metre motoryacht Mondomarine Serenity recently won the World Superyacht Award in her category in 2016. In short, we can hope that Vallebona’s 269-foot Pentagramma concept comes to fruition. 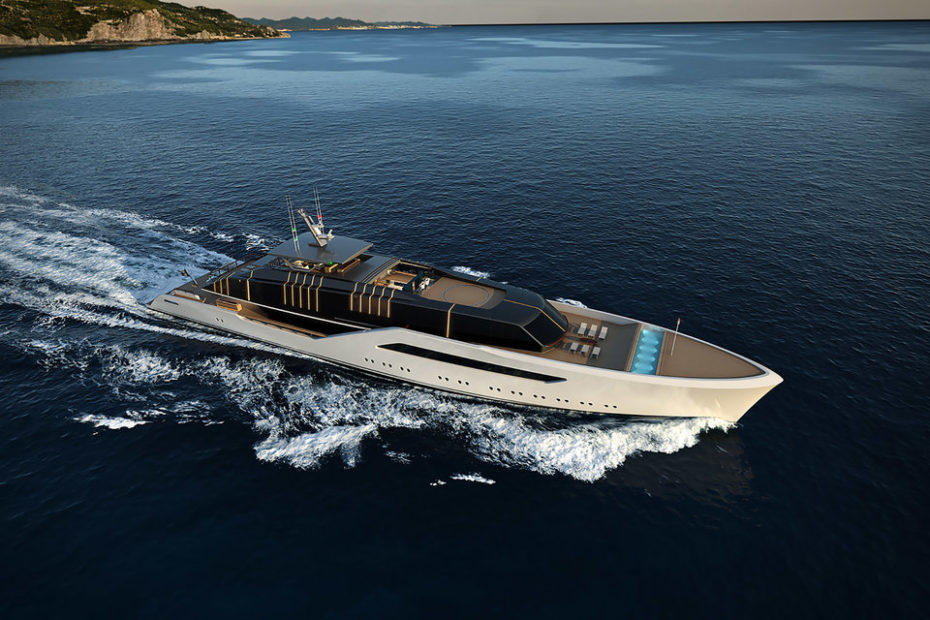 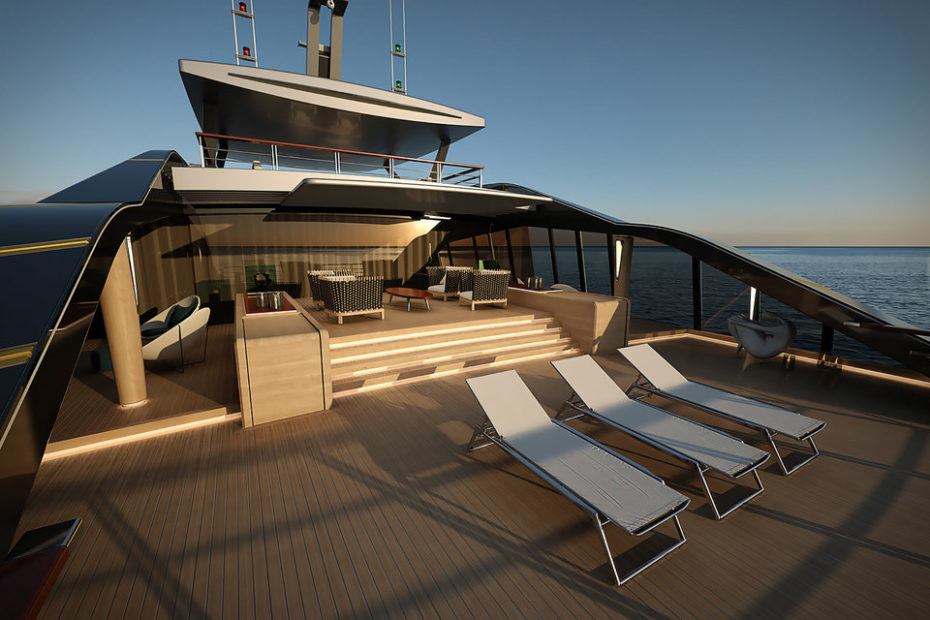 The guest cabins area of Vallebona’s concept yacht directly connects to major areas of the ship. guests can directly go to the aft open deck without going through the corridors, stairs and lounges or they can access the beach area on the lower deck through a hidden hinged deck door. Incidentally, the door is revolutionary in that it allows the interior and exterior spaces of the concept Pentagramma function almost seamlessly, increasing the connections among the decks and the closed and open areas. Aesthetically, extensive use of glass creates a connection to the surroundings as well.

Extensive use of glass on the Vallebona’s Pentagramma appears to split the hull (especially the upper segment) in two – fibreglass separated by glass, thanks to backlit vertical brass strips which break up the mass of the mega yacht, making the concept ship look sleek and sporty. 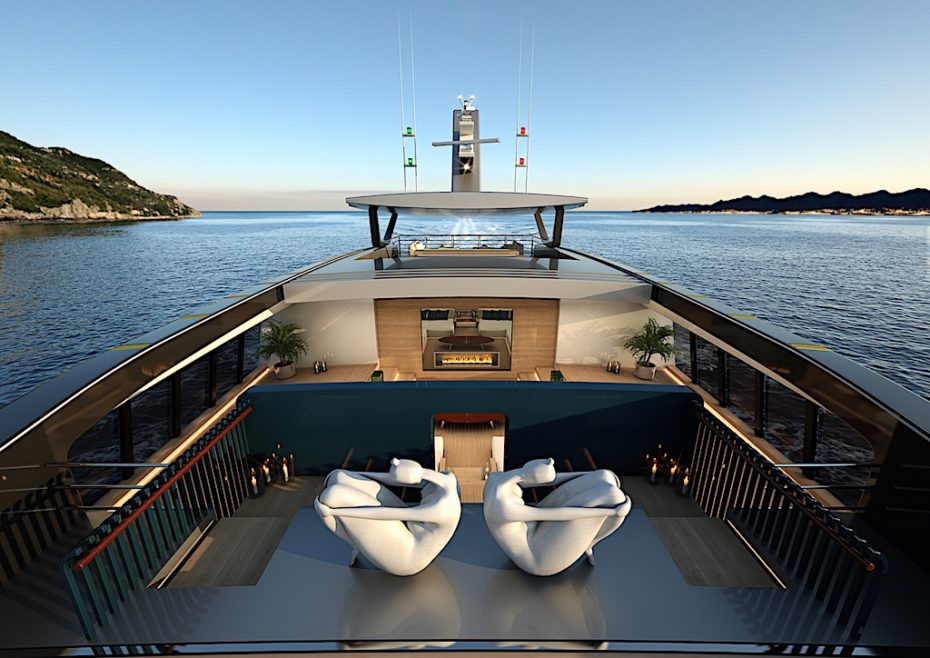 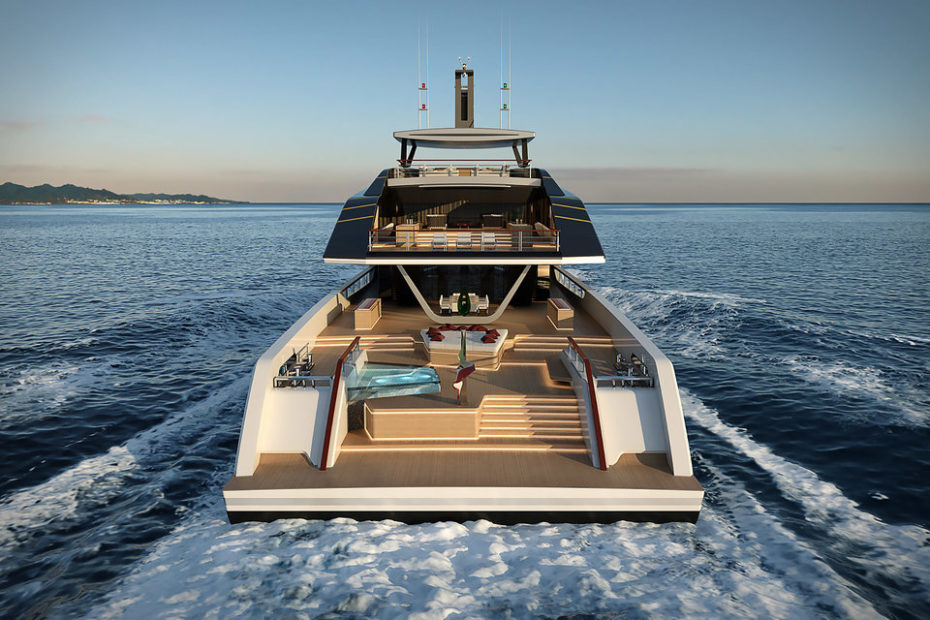 As befitting a yacht its size, the Pentagramma is fitting with a helipad, however, instead of plonking the helipad on the foredeck, Vallebona has seen fit to relocate it into the sundeck where visitors can disembark and proceed directly into the aft main deck, serving effectively as an open-air beach club, with an asymmetrical, terraced arrangement leading down to the swim platform.

Spacious overhead, the main deck area encompasses the owner’s apartment with two balconies, and four guest suites. Perhaps the most notable feature, however, is the semi-enclosed central courtyard, which offers privacy and protection from the sun without sacrificing the sensation of being exposed to the vast open seas. 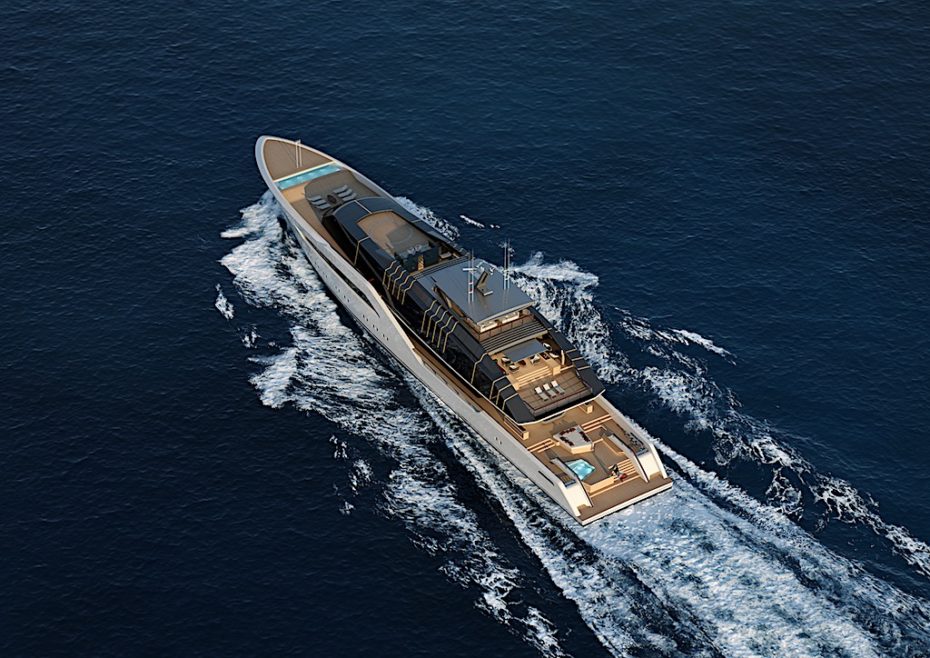 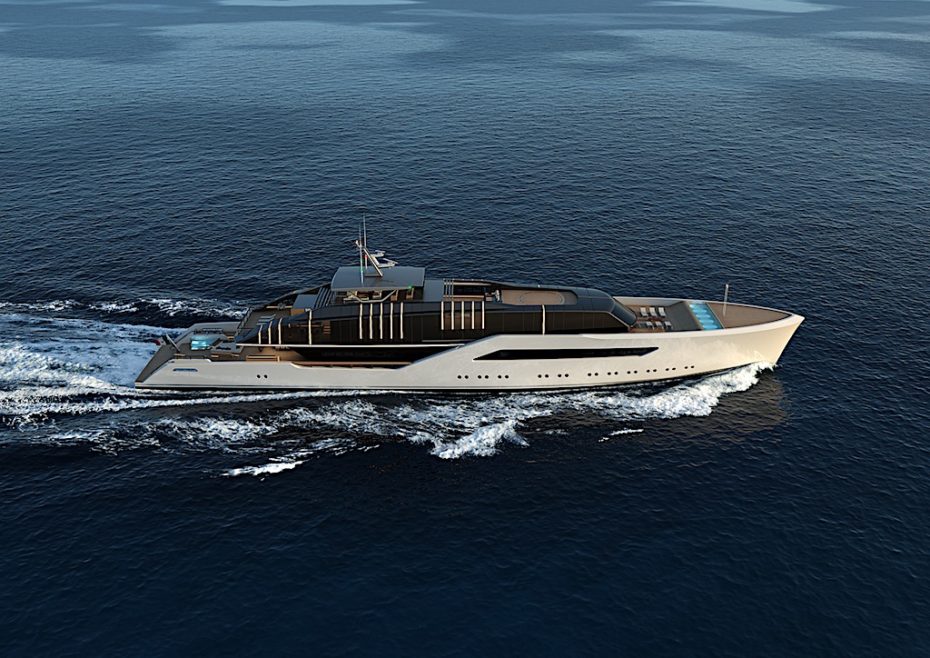