Imperial has been appointed as the Exclusive Central Agent for sale of the 106.1m Lurssen build Amadea. The stunning megayacht was the second-longest yacht at the 2019 Monaco Yacht Show in Port Hercules, after the 111m Lurssen Tis, and was one of three megayachts berthed along Quai Rainier III. 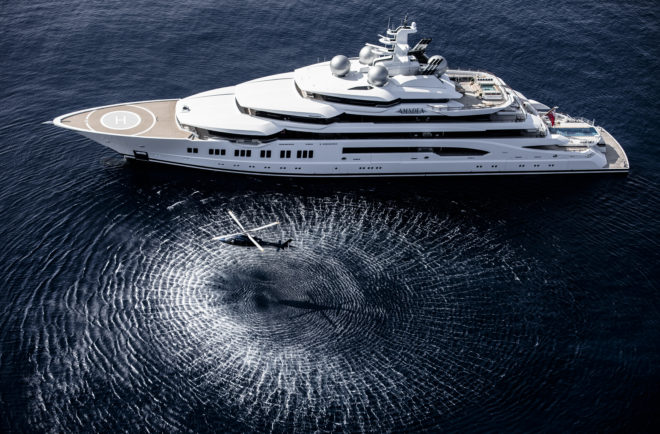 The 106m Amadea was built by Lurssen and is available for sale through Imperial; Photos © Guillaume Plisson for Imperial

Having acted as the owner’s representative and build supervisor during the construction of the confidential vessel, Imperial was proud to secure the exclusive listing of Amadea, with the Monaco-based company describing the appointment as ‘an important step forward’.

Julia Stewart, Director of Imperial, said: “Amadea is setting new boundaries in the superyacht industry, for the 100-110m range. Since her delivery and even today, very few superyachts can pretend to have such a high level of completion and detailing.

“Luxury is all about the details. We made Imperial’s motto the essence of our work on board Amadea, and we are absolutely proud to release on the brokerage market such a fantastic vessel with proven credentials and exclusive amenities.”

The PYC-compliant yacht has an exterior by Norway-born Espen Oeino and an interior by Frenchman Francois Zuretti, and can accommodate up to 22 guests while cruising and 16 sleeping in eight cabins. 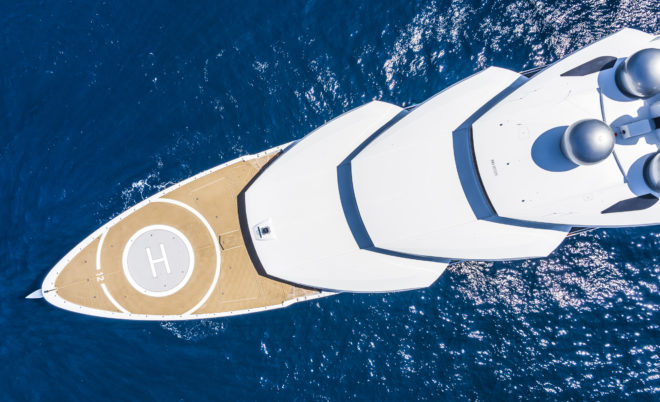 The six guest decks include a private owner’s deck, while features include a 10m infinity pool, an indoor cinema with moving D-Box seats, outdoor cinema and a spa area. The yacht has two 11m Windy tenders, a Pascoe Beachlander and two Castoldi rescue boats, while toys include four Sea-Doo jetskis, four Seabobs, a jetpack and a flyboard.

Amadea has a top speed of 20 knots and a range of 8,000nm at 13 knots. The price remains exclusively available upon application.

Imperial was kept busy at the Monaco Yacht Show, as it was also representing the 52.3m Amels Grace, 50m Mangusta Rush and 46m Palmer Johnson Hokulani. 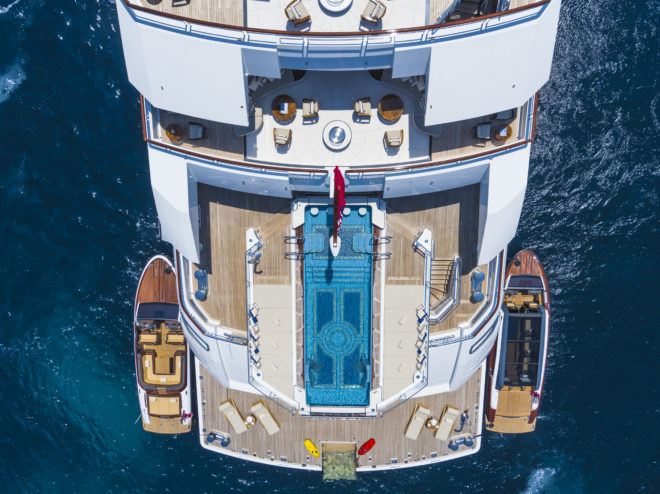 In addition, the company was representing the 136m Lurssen Flying Fox and 41m Mondomarine Legenda, which were among many yachts at anchor outside Port Hercules and along the coast during the course of the show. As the exclusive charter agent of Flying Fox, Imperial arranged viewings for potential charter guests.

Recognised as the world’s largest charter yacht, the PYC-compliant Flying Fox has a 22.5m-beam, dove-grey hull designed by Espen Oeino and an astonishing 54 crew, including former Olympic athletes. Her interior by Mark Berryman offers 11 cabins for 25 guests, including a private owner’s apartment. All cabins offer private sea-view terraces.

A 12m pool runs across the aft of the main deck and combines with a 400sqm, two-floor spa that includes a Hammam, sauna, CryoSauna and more, plus specialised therapists. Flying Fox also features one of the most professional dive centres ever seen on a superyacht including rebreathing systems, a plethora of diving equipment and a three-seat decompression chamber.