Spearheaded by the Dreamline 26, Italy’s DL Yachts and its new Southeast Asia dealer are going head to head with the world’s leading luxury yacht builders.

When Italy’s DL Yachts started its journey with the Dreamline brand, it was a courageous move. Its intention was to re-invent the space of a superyacht, with larger volumes and better performance, and go head to head with the larger models from global brands like Azimut, Ferretti Yachts, Princess and Sunseeker. 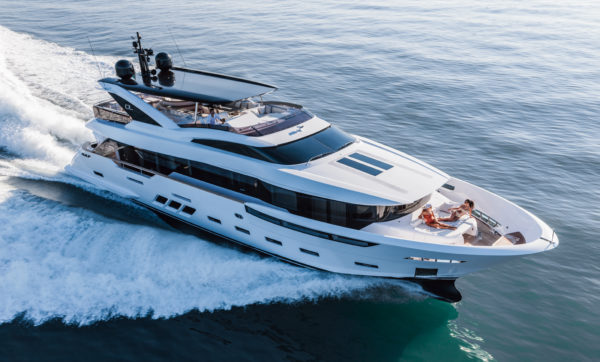 The Dreamline 26 is the most popular model from Italy’s DL Yachts, which is represented by Sustainable Charters in Southeast Asia

With its Dreamline models, the builder aimed to be more bespoke, offer new design concepts and more fluid interiors, use the most luxurious materials, and focus on improving build quality and finish. Late last year, DL Yachts found a like-minded partner in Sustainable Charters, which it appointed as its Southeast Asia dealer.

The root of the partnership was a similar desire for premium quality, as well as knowledge and experience of space and interiors. After all, Sustainable Charters’ sister companies are among the leading five-star hotel and resort designers, and fit-out companies in the Philippines and Southeast Asia.

Mom Nardone, owner and Project Director of Sustainable Charters, has the same vision as the shipyard, which was founded by engineer Peter Zuber – a yacht owner himself – and is based in Fano, next door to some of its renowned competitors in Ancona.

“Dreamline is like being in a six-star resort at sea; no details are spared,” says Manila-based Nardone, whose company represents multiple yacht builders. 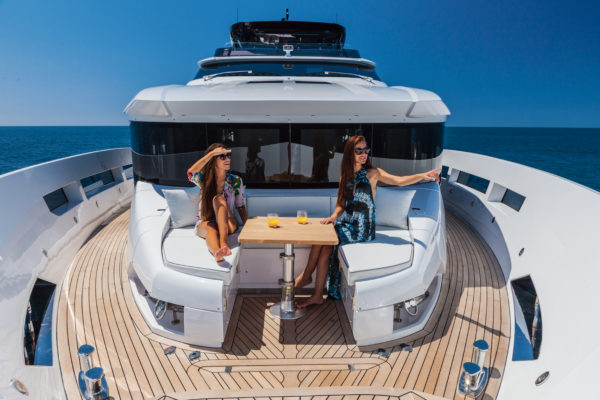 “I really believe that a Dreamline is better than any of its competitors and would happily see any yachts side by side with our Dreamline 26.

“After all, many of the people behind the company formerly worked at top shipyards in Italy – and came together to form the ‘dream team’.”

Nardone is quietly confident of securing the sale of at least one 26 into Southeast Asia and is eager to welcome the model to the region as he believes it’s the ideal introduction to the Dreamline range, along with being the most affordable.

Enrico Gobbi and his Team for Design studio drew the powerful, muscular exterior and were also in charge of interior design. 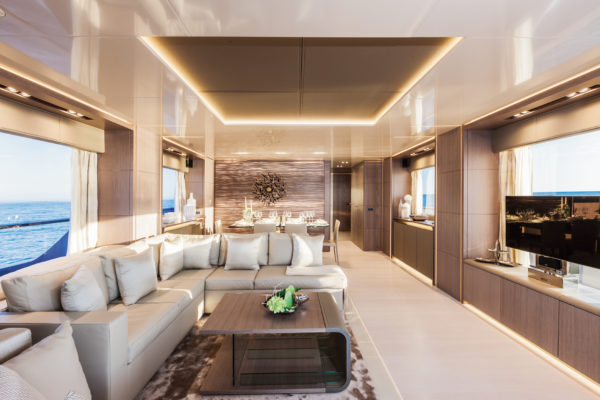 The saloon has large windows and comfortable lounge and dining areas

Giuseppe Arrabito from Arrabito Naval Architects handled the naval engineering and what’s described as a ‘lama chine waveless hull’, which is designed to cut through waves. It helps reduce fuel consumption on the Dreamline 26 to 75 litres per hour at 11 knots, for a range of 1,750nm, while the yacht’s top speed is in the range of 29-30 knots.

The cockpit features a wide aft-facing sunpad behind a forward-facing sofa, with a long table and loose chairs providing a roomy dining experience for eight.

The saloon has large windows on both sides and a comfortable three-sided sofa arrangement that faces a TV, while forward is a dining table, although the interior layout can be customised.

The fun really starts as you walk through the hallway, with the dayhead to starboard and a superb galley to port, before you pass the magnificent sculptural staircases, one down to the lower-deck guest cabins and one up to the raised wheelhouse. 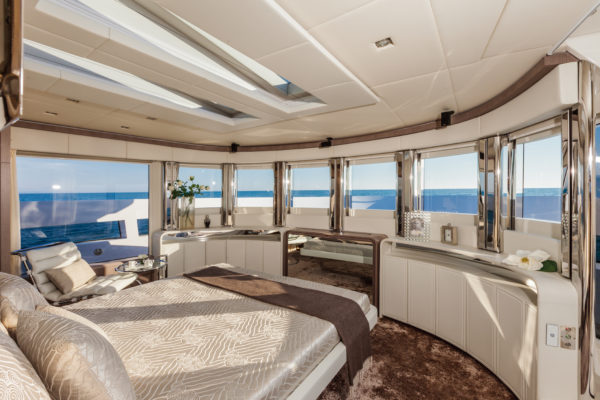 Then you reach a spectacular and rare feature on a yacht of this size – an owner’s suite at the front of the superstructure.

This beautiful room really puts a smile on your face, with its wraparound windows offering breathtaking 180-degree views, expanded by huge, almost full-height windows to port and a sliding glass door to starboard that allows access to the side deck and the cosy foredeck.

On the lower deck, the VIP suite is midships and full-beam although this includes the en-suite bathroom on the port side, while forward are two more guest cabins. Further forward, with separate access from the galley, is a large crew quarters with a mess, Captain’s cabin and twin.

Another big surprise is when you step up to the flybridge, which immediately gives the impression of being on a 100ft yacht. 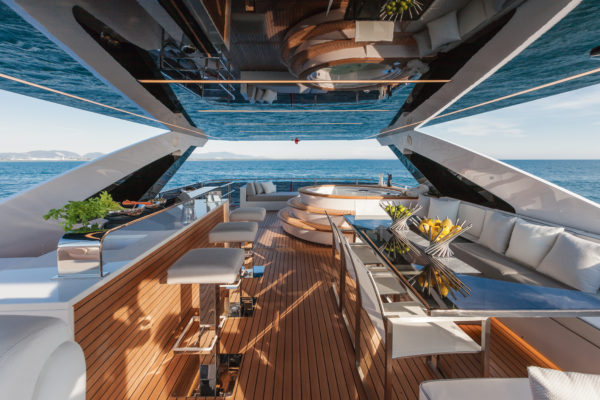 The long superstructure accommodates a large flybridge, where the jacuzzi is a highlight

This enormous space is another unique design feature of the Dreamline 26, with its expanse benefiting from the Gobbi-designed superstructure. Starboard stairs from the cockpit bring you face to face with the portside jacuzzi, while aft is space for a sofa and coffee table.

Forward of the jacuzzi is an L-shaped sofa and chairs around a large dining table, while a long bar runs along the starboard side. The twin-seat helm station is starboard and is accompanied to port by a corner sofa.

And if there’s a third signature feature that’s rare for an 85-footer, it’s the enormous garage, which can house a tender of up to 4.7m plus toys.

Nardone said: “Some of our competitors don’t even have a lazarette or have it only as an option, and if they do have one, it’s much smaller than on the Dreamline 26.” 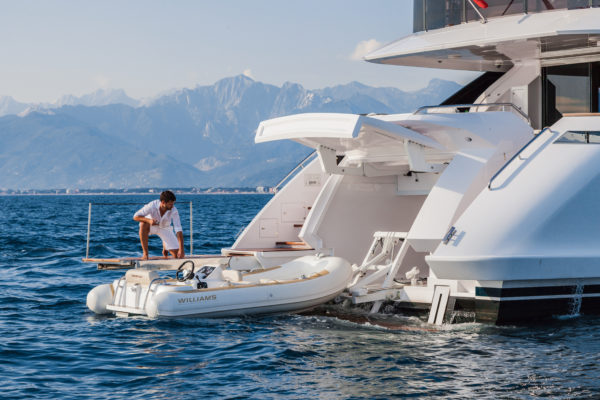 The garage is huge for a yacht of this size and can house a 4.7m tender

Dreamline yachts are in a similar price range to many more established builders, but Nardone advises potential owners to focus on specifications when choosing a yacht.

“The base price of Dreamline models can be slightly higher than units of the same length from better-known brands, but what is more important is to get the better deal in the end with all the options, so that the final price will be lower once options are included.”

The 26 is the most popular model in the Dreamline range and hull number eight is scheduled for completion in June, while there have also been multiple deliveries and further sales for both the 30 and 34 models.

There are orders in for the 40 and the first 46, a 150ft model that’s due for delivery in 2021. Negotiations are ongoing for a 49, while DL Yachts even has future plans for a 65m model on the drawing board. Dreamline is dreaming big and delivering on its promise, one superyacht at a time.