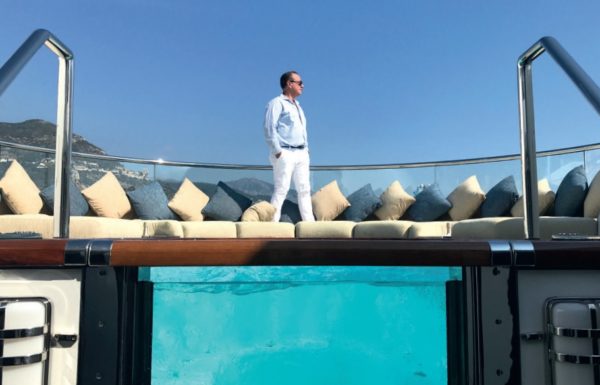 Despite Sam Sorgiovanni’s busy schedule, he writes: Having established my studio in
Fremantle 20 years ago, after a 12-year career as a designer and then chief designer at Oceanfast in Western Australia under the direction of my mentor, Jon Bannenberg, I began with the interior design of Excellence II at Feadship’s Royal Van Lent yard in the Netherlands. Contracts for some amazing projects followed, including the 123m Octopus with Seattle-based Jonathan Quinn Barnett and Norwegian Espen Øino. Next came the complete design of 68m Aussie Rules, and a number of other vessels ranging in size from 30-50m.

We have had a very busy period over recent years, with significant launches including 44m Hey Jude, the last motor yacht built by Alloy Yachts of Auckland, New Zealand, before they closed their doors. Owners entrusted us to produce the yacht design, deck layouts and exterior styling before Redman Whiteley Dixon were engaged for the interior design. It was wonderful working for these clients again, and to do the project with RWD. We hope it won’t be the last collaboration with this team. We were also proud of our first project built by Alia in Turkey which was the multi-award-winning Ruya. She too was a great success and a credit to the team involving David McQueen as Owner’s Representative and Perry Van Oossanen as Naval Architect. The yacht at 40m was built to comply within the sub-500 GT classification but had a tremendous feel and balance of space and functionality. Our more recent launches are the 88m Barbara and 110m Jubilee both built at Oceanco in the Netherlands, and together with 74m Anastasia and 88m Nirvana, makeup four yachts built at Oceanco over the past 10 years. Anastasia was the centrepiece of Singapore Yacht Show two years ago. 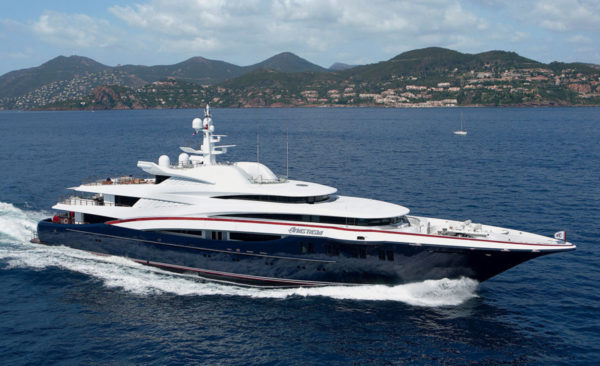 These yachts represent very different philosophies in their design approach. The interior of Jubilee is rich and very distinctive, with a unique blend of Asian and Middle East motifs, together with sophisticated art deco. At the opposite end of the spectrum is Barbara, which is in many ways similar to Anastasia and Nirvana. They have relaxed and cosy interiors that are designed to be practical yet ultra-comfortable for owners and guests. Jubilee is currently for sale, and we have prepared a number of alternative schemes for her new owners to personalise the yacht. This is very common. When a yacht is purchased, we are often engaged to tune the interior design, and often the exterior functionality.  Currently, we are putting finishing touches to White Rabbit G built by Echo Yachts in Western Australia. This is for a Singapore-based previous client of ours. Actually, four of our last five contracts have been for former clients. It is very rewarding to have these repeat projects, because trust and respect, that come from a better insight into the clients’ exacting needs, builds up over the years of the association. White Rabbit G is no different. At 84m she is a scaled-up version of the clients’ current vessel of which that family is so fond. As with her smaller sibling, White Rabbit G is a trimaran. She now takes the honour of being the world’s largest trimaran motor yacht, and also the world’s largest aluminium motor yacht, as well as being the largest ever built in Australia. Her unique hull form, the work of One2Three Navel Architects based in Sydney, and her use of diesel-electric propulsion, will make her one of the most efficient yachts of her size in the world. With a beam of over 20m, she defies her volume of under 3000 GT, providing voluminous principal and upper decks, and is capable of accommodating two master suites, three VIP suites, and five guest cabins along with a full complement of crew. 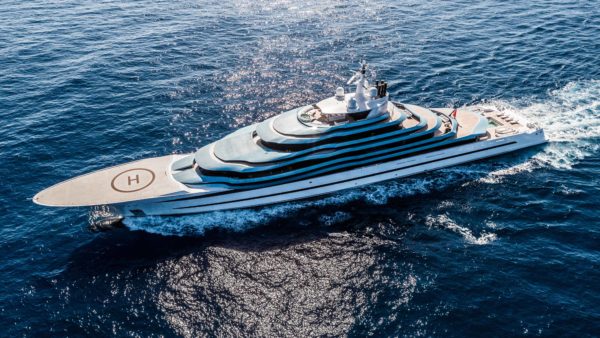 There is no question that once White Rabbit G is seen and truly appreciated, particularly her innovative design combining efficiency, space, stability and practicality, I am sure we will see many other clients following suit. We are currently working with clients and have developed trimaran designs at 70m, 80m, 90m, 110m and 120m. I am confident that we will commence work on a new trimaran shortly, as we have a number of clients awaiting successful sea trials of White Rabbit G in the coming months. Much of this interest has come from clients in established markets such as the Middle East where speed and interior volume is so important. The efficiency of the hull form also allows for 40+ knot speeds with efficiency significantly superior to a monohull. The other interest is from the Asian region, where the yacht’s efficiency and comfort and stability are more important. As One2Three would better explain, unlike other multihulls, the trimaran is effectively a stabilised monohull with outriggers, allowing the naval architect to reduce the roll to achieve optimum comfort. 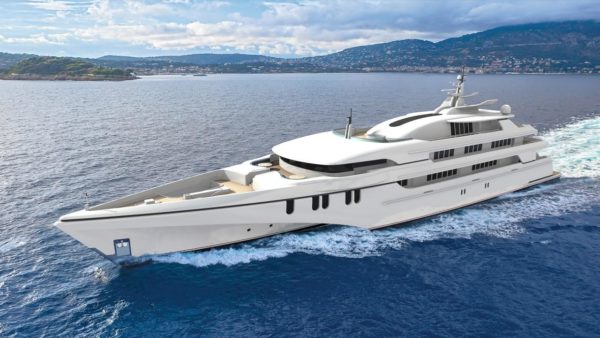 This is done by adjusting the side hull displacement during initial design stages, and then creating further stability by incorporating four large wing stabilising foils that span the middle and side hulls fore and aft, providing additional passive and active roll resistance. In addition to trimaran clients, we have recently signed contracts for a 70m monohull series of vessels, and have 106m and 168m projects currently in initial design development, that we hope will go into build contract in the coming months. I am very excited about the near and foreseeable future.
www.samsorgiovannidesigns.com.au