The Saleen S7 supercar is back but only seven owners will get to enjoy this reissue, called the S7 LM. 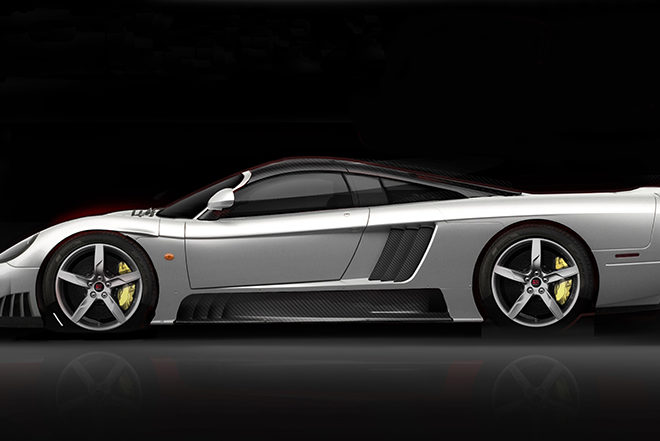 The Saleen S7 supercar is back but only seven owners will get to enjoy this reissue, called the S7 LM. Ten years after the original S7 supercar stopped its run, Saleen is bringing the model back but this time with a lot more fire in its belly. It will have more than 1000hp on tap and collectors will be pleased that it is limited to just seven hand-built examples.

When the S7 made its global debut in Monterey on August 19, 2000 it did so as America’s first true mid-engine supercar. The Ford GT40 is a supercar of course but it isn’t mid-engine. Using a spaceframe construction and clad entirely in carbon fiber, the original S7 boasted a naturally aspirated 7-liter Ford V8 at its center, transmitting 550hp to its rear wheels, which translated into a 0-60mph time of 3.3 seconds and a top speed of 220mph.

Over its lifetime it received a number of engineering enhancements, including turbocharging which doubled horsepower and chopped almost a whole second off the 0-60mph time. But while the road-going S7 and S7 twin turbo came and went, the racing version hung around, winning races around the globe including at Daytona, Sebring and Nurburgring. Supposedly, it is the racing success that is behind the company’s decision to resurrect the model, although that doesn’t really explain why there are only seven. It takes us back a little to our story on the so-called “dead man’s cars,” although we are unsure if the S7 qualifies as a dead man’s car.

“True to our form, we are bringing back America’s only true supercar,” said Steve Saleen, President and CEO of Saleen Automotive, “We are celebrating our winning heritage and advancing the performance DNA that Saleen was built around.” The new model, which will be badged the Saleen S7 LM and limited to just seven individually constructed examples, will boast a 7-liter twin-turbocharged engine rated at 1,000hp, a specially designed steering wheel, reimagined interior and special external livery to ensure they stand out from any ‘stock’ Saleen S7s on the road.

While we are not sure about Steve Saleen’s assertion that the S7 is America’s “only true supercar,” it is for certain that this limited edition will be built stateside. While the original cars started out as a joint creation between Saleen and UK-based RML Group, all seven of the S7 LMs will be built exclusively at Saleen’s California headquarters.

The original car caused quite a stir back in 2000 and in terms of styling it still stands up to scrutiny. However, the benchmark for US supercar performance has moved on considerably thanks to Hennessey Performance Engineering and its Bugatti baiting Venom GT.

But if the new Saleen can come close to the Venom’s 2.4-second 0-60mph time and 265mph top speed, it will be worth every cent.