Porsche’s spruces up its latest ride with technical upgrades and a spiffier appearance. 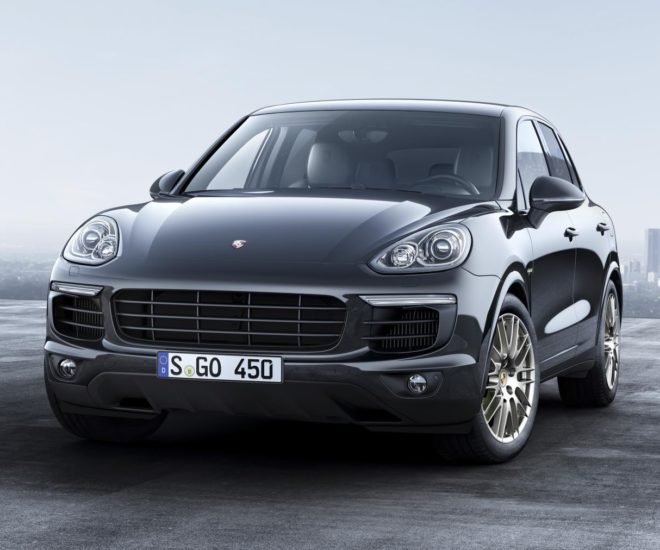 Don’t let its tough exterior fool you – the Cayenne is Porsche’s gentle giant. During its debut in 2002 as Porsche’s first-ever SUV, the model stood out like sore thumb amongst the German automaker’s sleek sports cars. The irony, then, is that the Cayenne was responsible for turning Porsche’s fortunes around during a period of stagnation but that is a story for another time. The point is that this Cayenne may well be the coolest one ever created.

Kitted out with either a 3-liter 262hp V6 engine or a 416hp gasoline/electric hybrid powertrain, the Platinum Edition’s upgrades are more than skin deep. The 20-inch RS Spyder alloy wheels (previously 21-inch 911 Turbo design) on the all-wheel drive are designed for sports performance and a refined drive through urban spaces.

The 5-door SUV also boasts one of the best infotainment units around, with a Bose sound system as standard and Power Steering Plus with ParkAssist that works together with the infotainment system’s display.

While both versions come standard with privacy glass and anti-glare mirrors, only the hybrid version enjoys stationary air conditioning and heating – a very useful feature in hotter countries with which drivers can cool or heat the cabin remotely. Yes, this means you can prep the car for your arrival without actually being at the wheel.

Inside, electrically operated leather and Alcantara sports seats provide a high-level of ergonomics, each one embellished with Porsche crests on the headrests. The stainless steel doors are backlit while a special analogue clock completes the dashboard.

Meanwhile, the diesel edition manages 6.8-6.6l/100km and will cost €74,352. A lack of interest in diesel power in the U.S. means that Porsche will be offering its U.S. customers a 3-liter 300hp gasoline V6 option at $65,600 instead. Both versions will be available in black, white as standard, though a variety of five metallic colors are also available.