Designed for Off Road, but also a spirited ride on roads, it’s easy to see why the new 2020 Land Rover Defender has No Time to Die even after completing a brutal car chase across rough Scottish highlands terrain 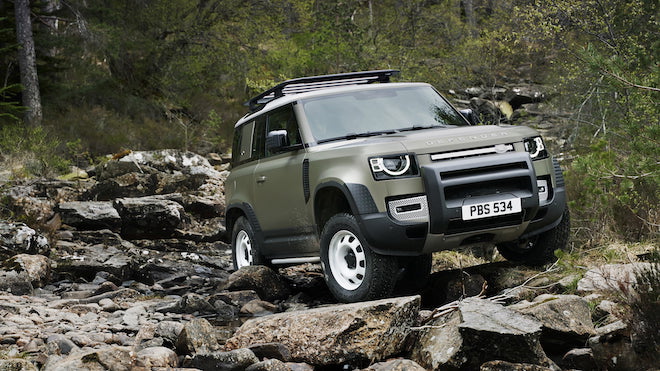 Reinventing a brand icon can be a monumental task and Land Rover has mustered all they have for the all-new 2020 Defender. In fact, so confident are they that the British luxury carmaker supplied 10 units of its four-door 2020 Land Rover Defender 110 models, unmodified no less, to be used as stunt vehicles in the upcoming James Bond: No Time to Die adventure.

The new Defender 4×4 features an all-new platform, with new increased dimensions (the 90 and 110 models is up 722mm and 440mm on the previous models, measuring 4583mm and 5018mm long respectively(including the spare wheel on the rear door). Eschewing body-on-frame construction of its predecessor model, the new 2020 Land Rover Defender is built like a modern Macbook, showcasing an aluminium unibody derived from the D7 platform of its brethren: the current Range Rover, Range Rover Sport and Land Rover Discovery.

Latest 2020 Defender is built like Craig’s Bond. Brawny and brainy.

In case you haven’t seen the outrageous Defender adverts yet, these things are built ridiculously tough (very much like Craig’s Bond) and its D7x platform (with “X’ denoting extreme) is the British marque’s strongest structure yet – boasting torsional rigidity of 30kNm/Degree. It’s no wonder the new four-door Defender 110s were used in the filming of No Time to Die. In fact, one among the James Bond fleet includes a specially selected 2020 Defender 110 with the VIN number “007”. With only added roll cages for safety, the latest Land Rover Defender put its new double-wishbone front suspension and Integral Link independent rear suspension to the test, accomplishing 100-foot jumps, and pushing its  296bhp 2.0-litre Si4 petrol engine to the limit with a high-speed chase across rough Scottish terrain.

“We pushed the Defender further than we believed possible to generate the maximum excitement, and to give fans an insight into the uncompromising challenge of producing an incredible chase sequence which you can look forward to seeing in No Time To Die.” – Lead stunt coordinator Lee Morrison 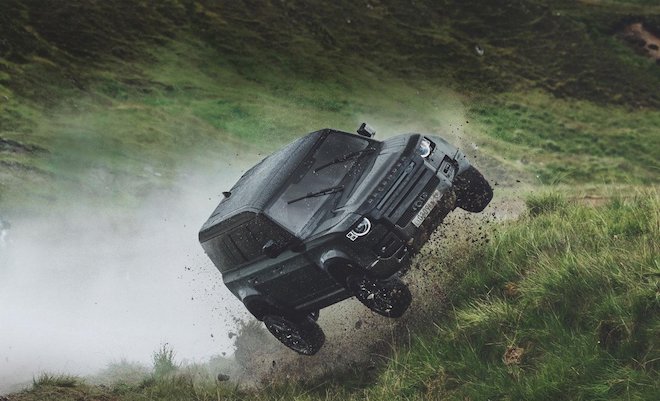 At one point, one of the 2020 Defender 110s even does a flip, landing on its air suspension and then casually driving off much like its super-spy driver would. The 110 editions of the new Defender series offer air suspension exclusively while fans of the Defender 90 can opt for either coil-sprung suspension or air variants.

Designed for Off Road, A Spirited ride On Roads 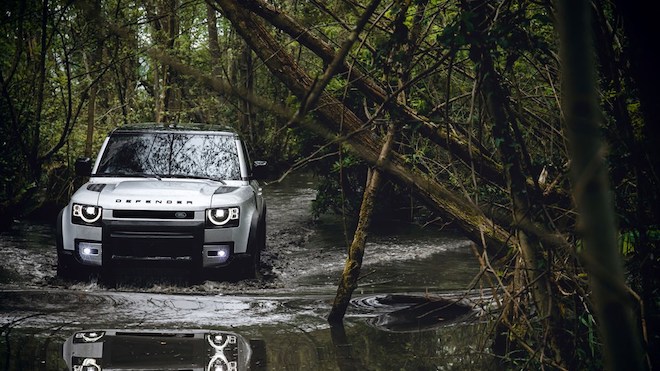 New off-road technology includes the ClearSight GroundView that projects a picture of the ground usually obscured by the bonnet onto the dashboard’s central touchscreen; a high tech solution which greatly enhances driver perception as the permanent all-wheel drive and an eight-speed automatic transmission with a two-speed transfer case makes the general driving experience comfortable on the roughest off road terrains and a zippy, agile beast around urban roads.

Air suspension like those on the new 2020 Land Rover Defender 110s can boost its ride height to a maximum of 145mm ground clearance overall when it needs to clear unavoidable obstacles or it can be further lowered by 50mm for tighter handling, making the latest Defender a fun drive off road and on.