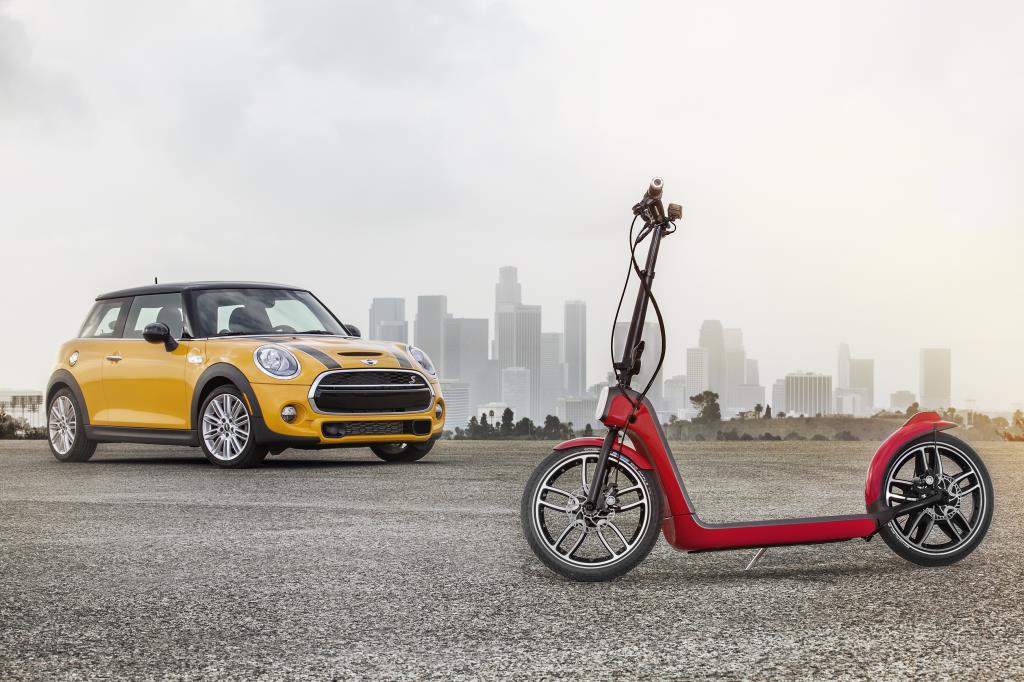 For the LA Auto Show, MINI has been pondering the future of individual urban mobility and it thinks that the answer is a foldaway scooter.

The CitySurfer Concept is a foot-powered two-wheel scooter, but a rather smart-looking one nonetheless, thanks to some design cues taken from Mini’s own styling manual.

Its chunky pneumatic tires should flatten out the lumps and smooth the ride over bumpier roads and, when not in use, it folds down into something easy to carry in a bag or in the trunk of a car. Kick scooters are already a common sight in most major cities, but what makes Mini’s CitySurfer stand out is that it has an electric motor integrated into its rear wheel hub that gives the scooter a top speed of 25km/h.

But in order to fire up the motor, you have to start riding the scooter under foot power alone. Once you hit a certain speed, the motor kicks in and can be controlled by a thumb trigger accelerator.

There’s also a smartphone mount for those that want to access a navigation app or keep the handset’s battery topped up. The scooter’s lithium ion battery, which is an integral part of the frame, is good for 25km before it needs recharging.

However, the CitySurfer can also recapture energy via braking while running on the motor and use it to top the battery up. When the battery is finally dead, the scooter still operates like a normal kick-scooter and the cell can be recharged via the 12V power socket found inside most cars.