For golf fans craving a bit more luxury on the links, Mercedes has unveiled a new “Vision Golf Cart,” a concept golf cart of the future. 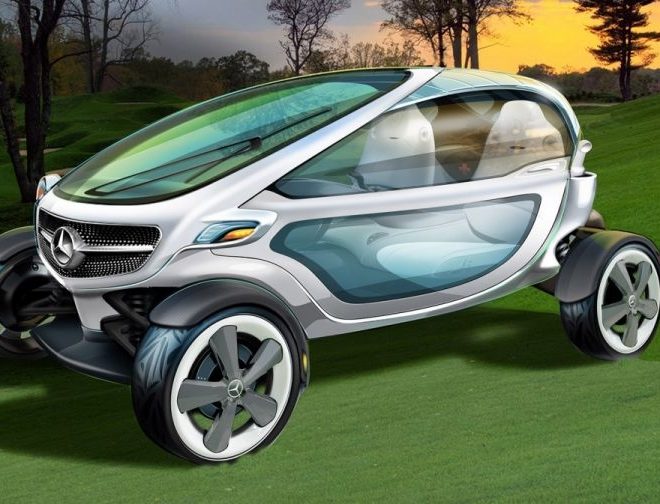 For golf fans craving a bit more luxury on the links, Mercedes has unveiled a new “Vision Golf Cart,” a concept golf cart of the future.

Sketches for the new state-of-the-art fantasy cart were shown at the 2013 Open Championship in Scotland this past weekend. It was created by Mercedes-Benz’s head of design Gorden Wagener, who relied on the help of golfers who submitted their ideas to the company.

“I was very inspired by the idea of designing a golf cart, giving it a new shape and new sorts of meaning,” Wagener said in a statement. “Why not treat a golf cart like a car, and make it a ‘Golf Car?'”

Drivers can control the cart via a central joystick, which lets you sit on either side of the cart to control its direction. Also it features a revolving iPhone/iPad docking station, heating/cooling cup holders and a cooler/warmer refrigerator.

It features an “air scarf” heater, as well as a solar panel roof. A “fore button” notifies other players of a misplaced shot. In addition, the cart features touch screen monitors and a USB interface.

For nighttime play, the Vision features floodlight functionality on the LED headlamps and an illuminated vanity mirror for primping.

Also, riders can send emails, view weather forecasts, order meals from a country club restaurant, share their scores and photos via social media, or make calls over the loudspeaker system.