The Aston Martin DBR1 is gearing up to be the highlight at the Goodwood Revival classic car extravaganza. 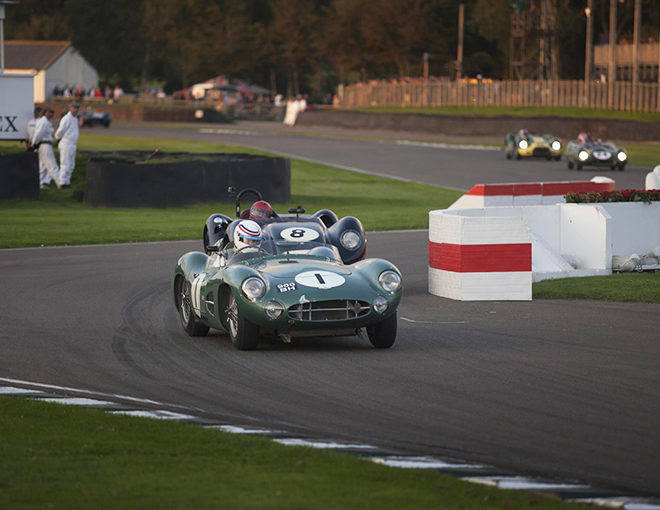 Once upon a time, Aston Martin had a sterling reputation in the world of motor racing and it was all down to one car, the Aston Martin DBR1. This legendary car is set to hit the track once more as one of the many highlights at the Goodwood Revival later this week. In case you need a reminder, the DBR1 helped win the luxury automaker the 24 Hours of Le Mans in 1959. Thanks to that win nearly five decades ago, Aston Martin was able to lay out the engineering and stylistic blueprint for all Astons. Even the modern DB11 bears some resemblance to the DBR1.

Along with the DBR1, Aston Martin is also bringing the 1961 DB4 GT Zagato and two examples of the DB3S from 1953 and 1955. “Goodwood provides two very different but equally special events for Aston Martin: the Festival of Speed and the Revival,” said Aston Martin President and CEO Dr Andy Palmer. “It seems entirely fitting, therefore, that Aston Martin plays its part once again this year and gives the visiting crowds something truly memorable to admire and experience.” Of course, the crowds are also part of the spectacle as period clothing is de rigueur.

Located at the Goodwood House in West Sussex, England, the Goodwood Revival celebrates vintage motoring and historical racing. The event is one where no car built after 1966 is allowed on track and attendees are required to come in period clothing to gain access (hence our point above). Running from September 9 to 11, this is one event that true enthusiasts won’t want to miss.