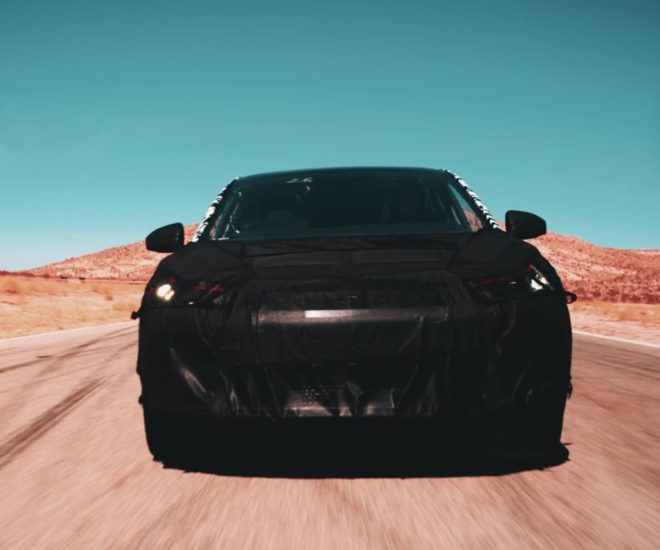 We’re all ears here when it comes to Faraday Future (and generally electric vehicle) news so this advance confirmation of a CES debut perked us up immediately. American automaker Faraday Future has cautiously lifted the lid on its first all-electric and connected crossover, due to be unveiled at the CES technology show, which runs January 5 to 8, 2017, in Las Vegas.

Beyond the mysterious video teasers that the brand has released online, rumors point to a 100% electric vehicle that’s fully connected, more customizable than ever, and with a guaranteed range of at least 500km (311 miles). Hard facts are hard to come by on Faraday Future but we do what we can, Internet resources permitting. Tech Crunch and others already updated the world that this vehicle is slated for the aforementioned CES reveal, even while bemoaning the company’s secretive nature and frustrating marketing moves.

In just one example, it is as yet unclear whether the vehicle will also be fully or partially autonomous. The manufacturer has already admitted it is working in the field and has even been granted permission to carry out real-world testing on public roads in California. Various reports have even showed off images of the test cars, although these conceal much more than they reveal.

Faraday Future has also partnered with Chinese firm LeEco, which manufactures electronic devices (smartphones, TV, etc.) and has previously built a fully autonomous concept car called LeSEE. The two firms could pool resources to create a 100% electric autonomous vehicle at some point in the future.

The car market’s present reference when it comes to all-electric SUVs is the semi-autonomous Tesla Model X, notably in its P100D version, which boasts 0 to 100km/h (0-62mph) acceleration in 3.1 seconds and a range of 542km (337 miles). One major difference between the Model X and the new Faraday Future model is that Tesla has a real car that you cold conceivably buy today.

Faraday Future burst onto the scene early in 2016, again at CES, causing a sensation with the spectacular FFZERO1 concept vehicle, a 1,000hp single-seater with a top speed of 320km/h (199mph).

Check out the video teaser for the upcoming Faraday Future crossover: